Columbus, OH – After ten years, Rock on the Range, a rock and heavy metal festival that boasted 120,000 fans each year, has morphed into Sonic Temple Art & Music Festival. The three-day festival continues its tradition of rock, including contemporary, classic and heavy metal, but adds a layer of visual arts throughout the MAPFRE stadium grounds. Stand-alone “live” art installations depicting underwater, above water, and otherworldly scenes offered fans a glimpse of artists creating works in progress with plenty of spray painting, graffiti-style. Unlike the usual music festival, the melding of musical and visual arts made for an interesting experience that worked well together. 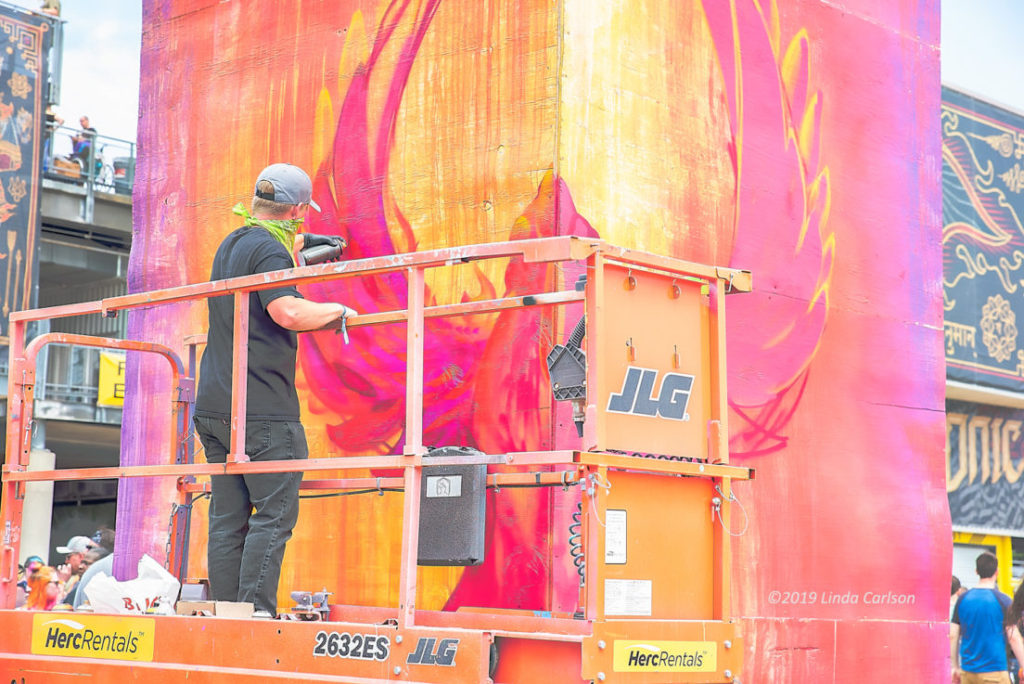 The three days of music featured a stellar line-up, with headliners System of a Down, Disturbed and Foo Fighters closing the nights’ events. With three separate stages each day, there was enough music to satisfy the crowd, and plenty of shining moments to relish.

Some standouts included Friday’s Halestorm performance, where both Lzzy Hale and brother AJ were in top form.  Lzzy sported what seemed to be 9-inch platform heels and a grin to match, while AJ donned a fashion-forward animal print sportscoat and shorts.  The siblings and their bandmates brought their A-game, giving a wildly entertaining performance.  Mid-set, Lzzy introduced a young girl named Karissa who she proclaimed to be their best Halestorm fan.  Karissa was brought onstage and then given Lzzy’s festival-played guitar as a gift.  It was a special moment, and fun to watch, as the young lady was given an experience she will never forget.

On Friday as well, Ghost performed a set that exemplified their raging popularity.  The faceless ghouls leapt about the stage like agile cats, nimble and spirited.  And lead singer Tobias Forge captivated the crowd with his eerie brand of showmanship.  It was a fitting main stage lead-up to headliner System of a Down. The Armenian-American heavy metal quartet’s powerful instrumentals and  rapid-fire lyrics from lead singer Serj Tankian were incredible.

Saturday brought another full day of art and musical revelry.  Black Coffee opened on the main stage with an inspiring performance from this young trio from Columbus.  Lead vocalist and bassist Ehab Omran’s ease on stage was impressive, as were his vocals, and lead guitarist Justin Young made his guitar sing.  They are a band to watch.

Fever 333 gives a show that is part chaos, part wildness and all power.  There is an electricity in their performance that is something to behold.  Whether draping a carpet over his head and dragging it across the stage, or screaming intently into the microphone, lead singer Jason Aalon Butler was savage!  This Inglewood CA trio is fairly new to the scene (2017), and is another rising star to follow, and were a terrific lead-in to France’s Gojira, who followed them on the main stage.

In This Moment’s stellar stage productions are as vital to the band’s stage show as the music itself.  Lead singer Maria Brink is constantly evolving her shows with new costuming and effects.  Her intrigue for witchcraft and the occult weave its way into the concert, as she slinks and cajoles across the stage.  Supported by incredible band mates, an ITM performance is always a feast for the eyes and ears.

Disturbed closed on Saturday night with a bang.  In classic Disturbed fashion, David Draiman criss-crossed the stage and brought forth that powerhouse voice, and bassist John Moyer, guitarist Dan Donegan and drummer Mike Wengren were on target and on fire.

Sunday brought with it a gloomy forecast and high winds.  The third stage was closed for the day, which meant that six bands missed their opportunity to perform.  Social media posts showed particular disappointment that Scars on Broadway, the rock project of guitarist/vocalist and founding member of System Of A Down, Daron Malakian, was canceled.

Amigo the Devil aptly opened the main stage Sunday with a charming one-man show featuring Danny Kiranos, his guitar, and a terrific sense of humor.  He masterfully blended comedy and countrified showmanship to win the crowd that day.  And with the clouds growing overhead, a little humor was well-received.  His whimsical, “I Hope Your Husband Dies” was a crowd pleaser.

Dirty Honey, Palaye Royal and Yungblud showed what three young bands are bringing to the scene.  They represented classic rock with a modern edge (DH), and edgy styling with shock rock elements (PR and YB).  All three were fun to watch, and the wind whipping the second stage where the performed only heightened the experience.

The main stage closed late in the afternoon due to severe weather, so the crowd missed out on Chevelle and Bring Me The Horizon.  The venue was evacuated for weather concerns, leaving fans to wait outside the stadium or in their cars, wondering whether the much anticipated Foo Fighters would be able to close the festival.  When the all-clear was announced, all that remained was the Foo Fighters.  Joan Jett, whose set had been canceled, graciously volunteered to perform as the Foo Fighters readied.  Jett did a remarkable job, donned all in black.  It’s good to see the rock genre’s groundbreakers take the stage.

Foo Fighters…what can be said other than a terrific ending to a terrific festival?  David Grohl and company did not disappoint.  There is magic that unfolds on the stage when Foo Fighters perform.  With his infectious smile and casual banter, fans get the sense that the show is just a private little conversation between Grohl and them.  After all these years, the band is as fresh and invigorated and FUN as ever.  For two hours, the band played for the beleaguered, storm-weary crowd, and the crowd surfers came one after another after another, all in celebration of the band and their music.

Grohl brought comedian Paulie Shore on stage and dedicated “My Hero” to Shore’s father, who had passed away at 92 just the night before.  Misty-eyed, Shore was visibly grieving.  It was quite touching.  Later, Grohl brought out The Struts’  Luke Spiller to sing Queen’s “Under Pressure” as a duet with drummer Taylor Hawkins while Grohl took to the drums.  What fun!

All in all, a spectacular inaugural event for Sonic Temple Art & Music Festival.  Make a point to look for tickets to next year’s event.  It sold out this year! 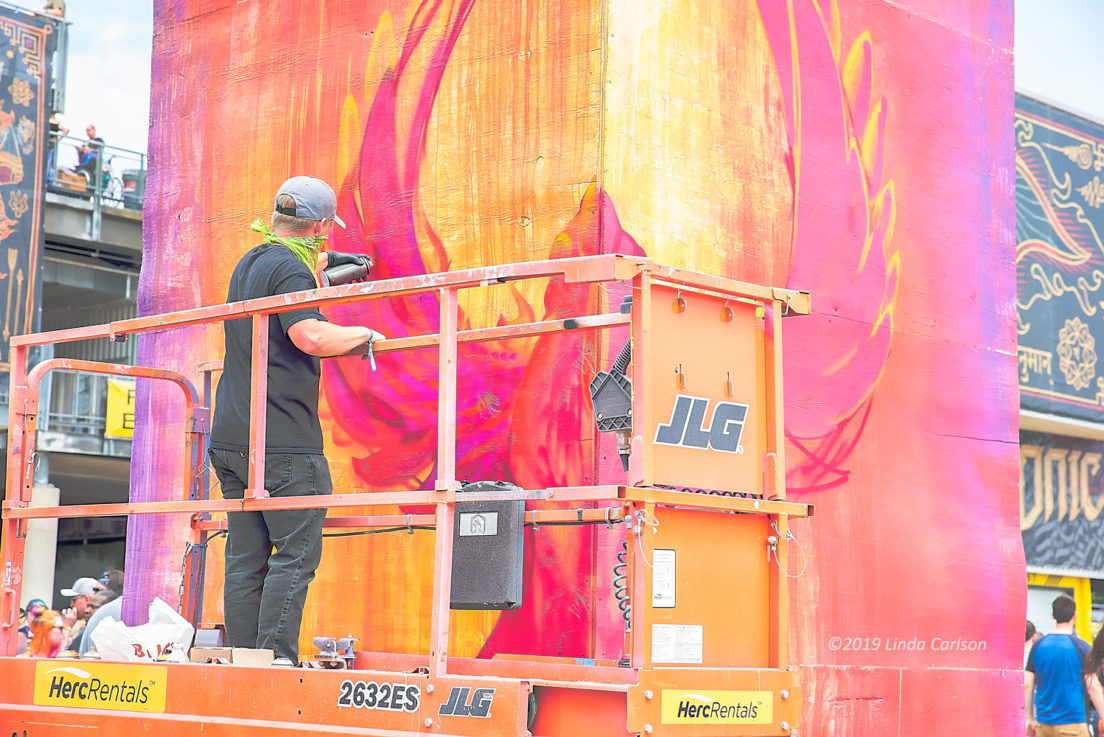 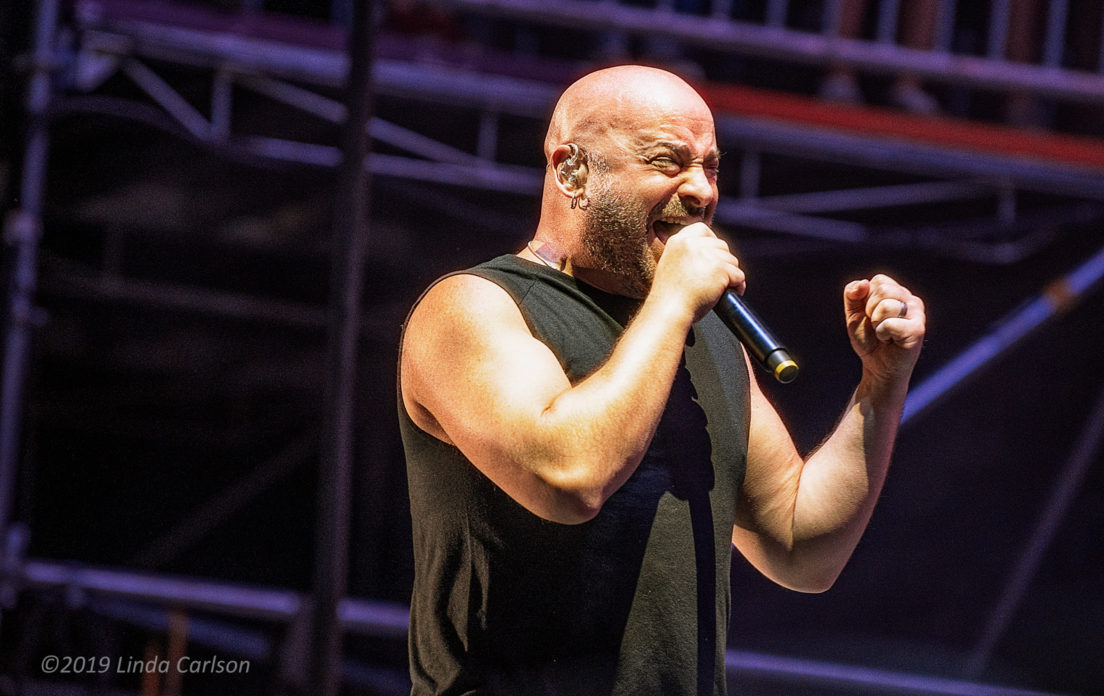 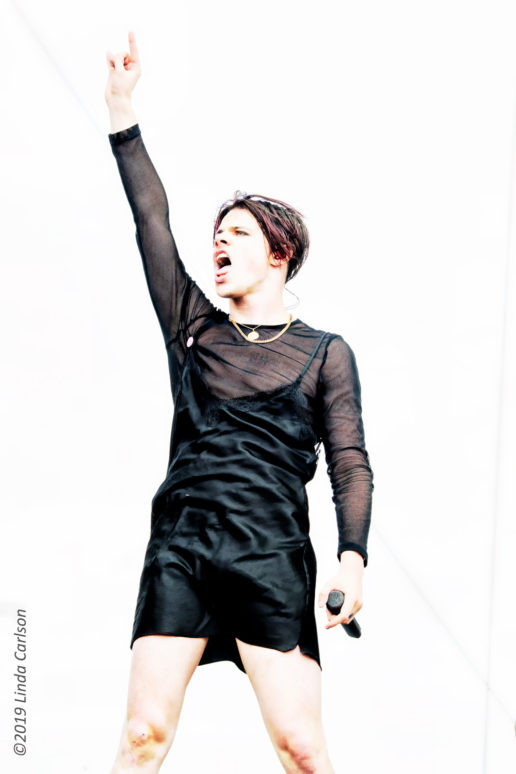 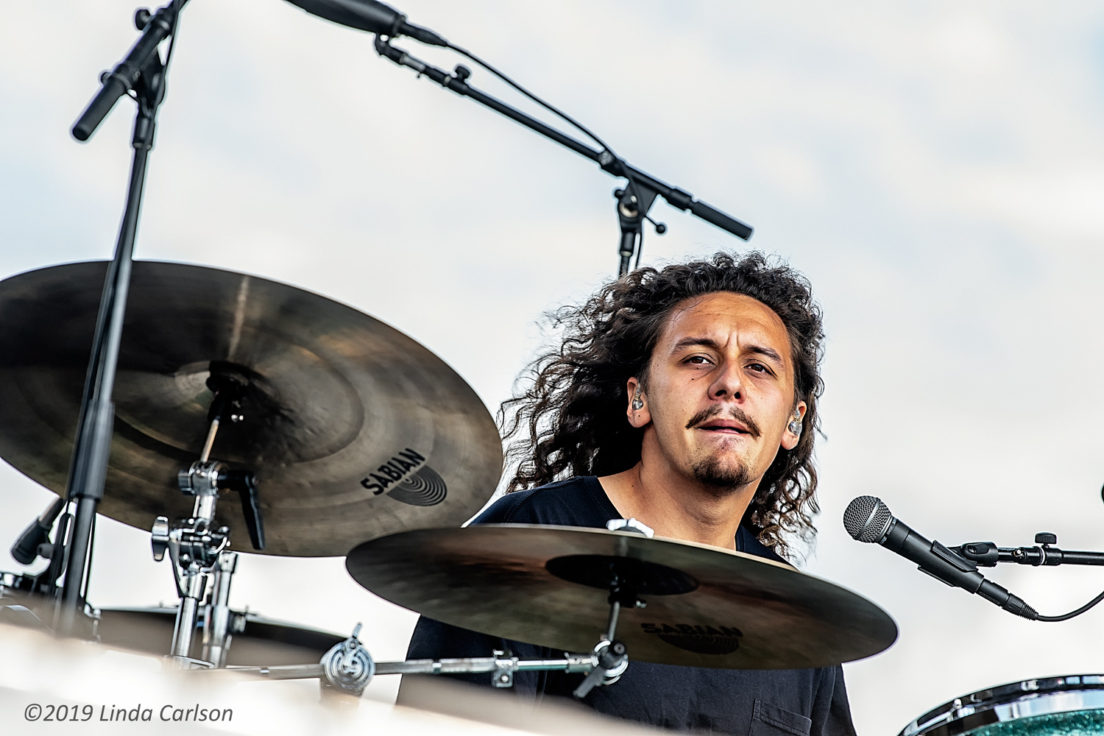 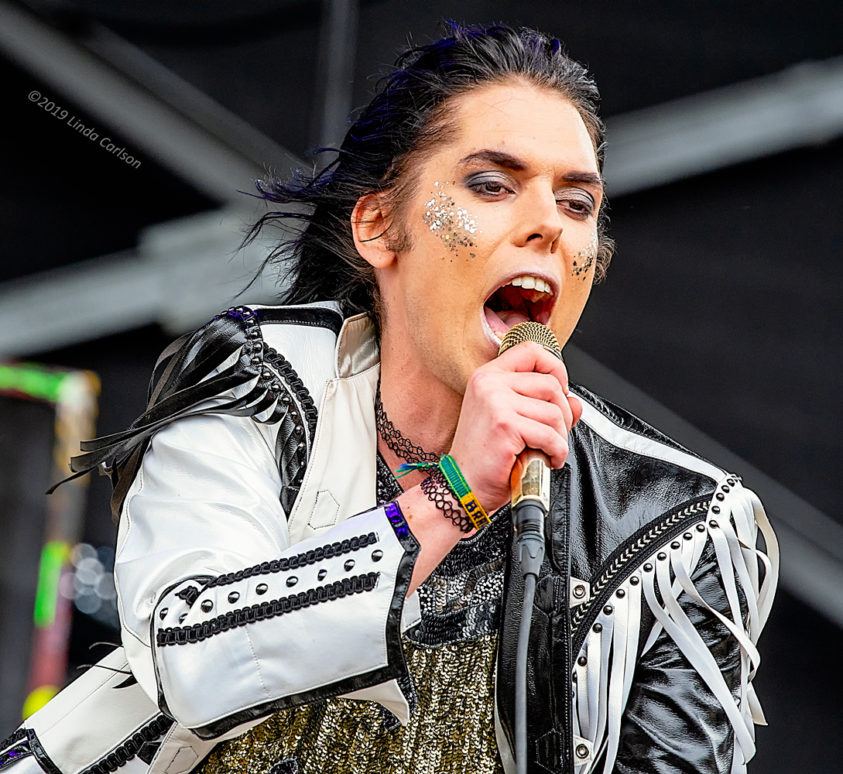 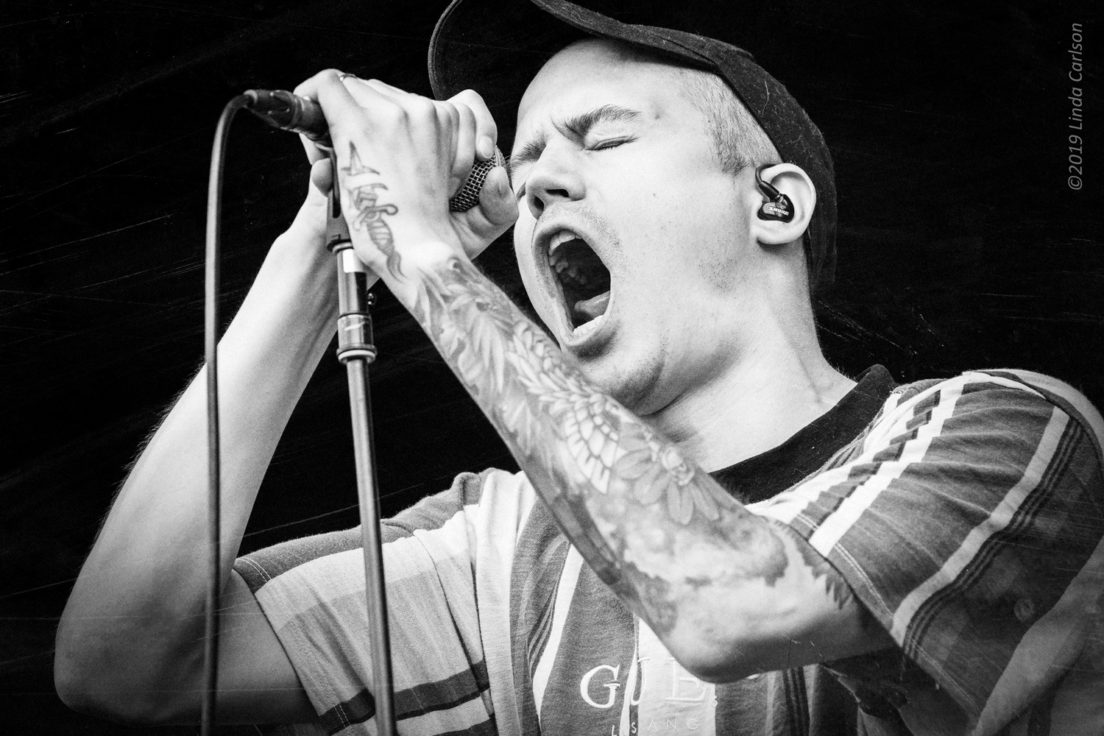 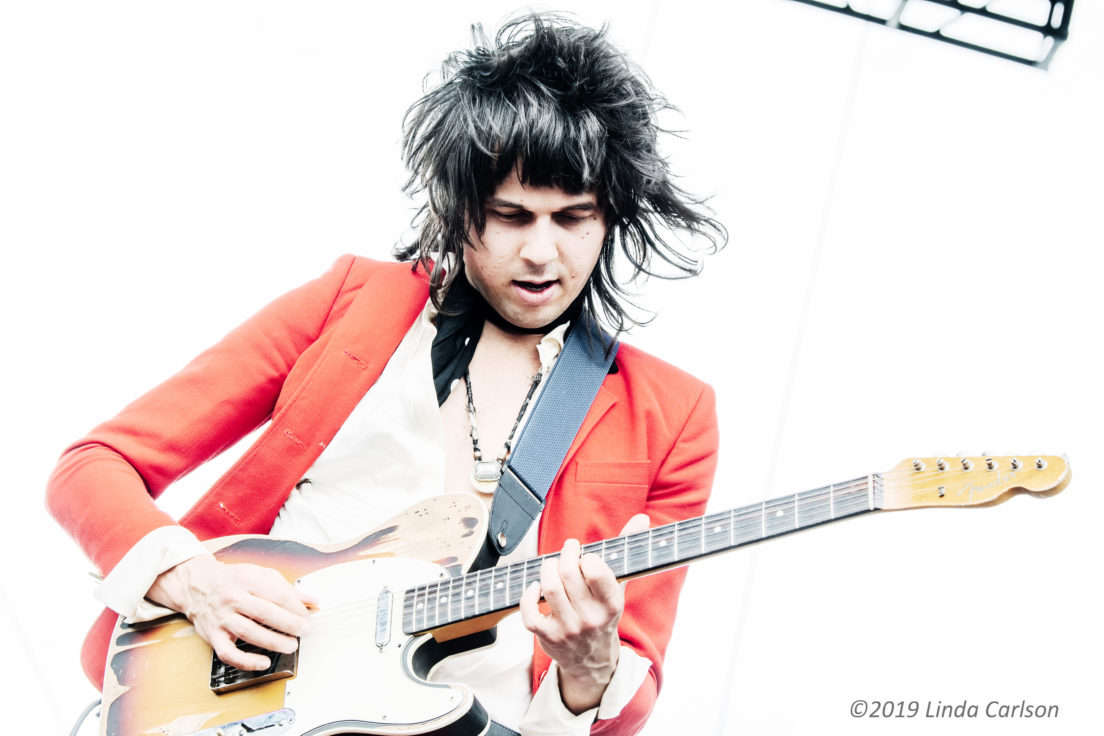 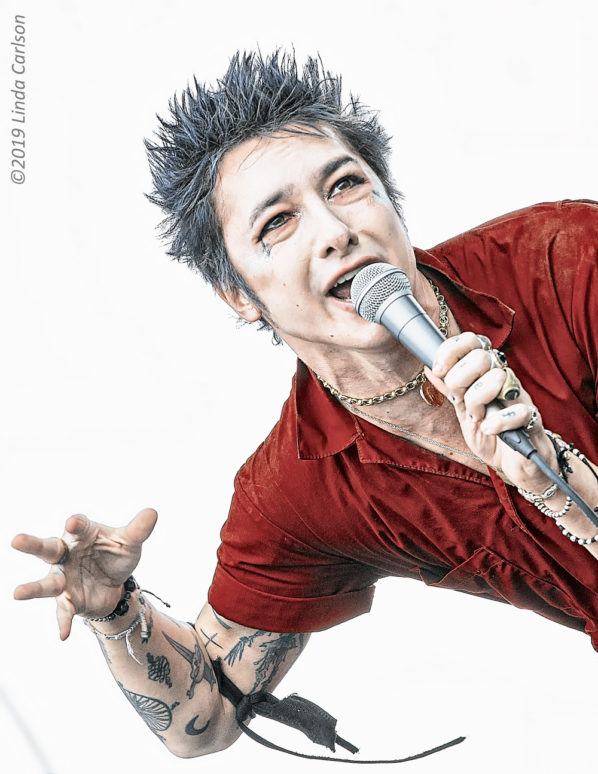 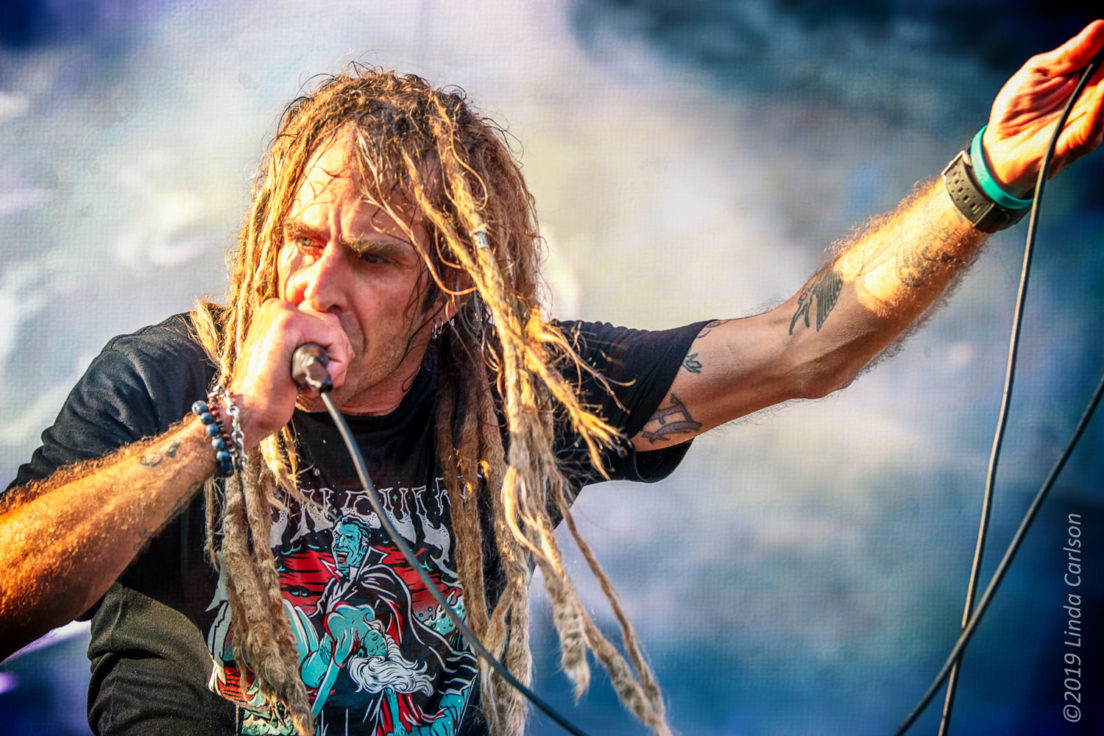 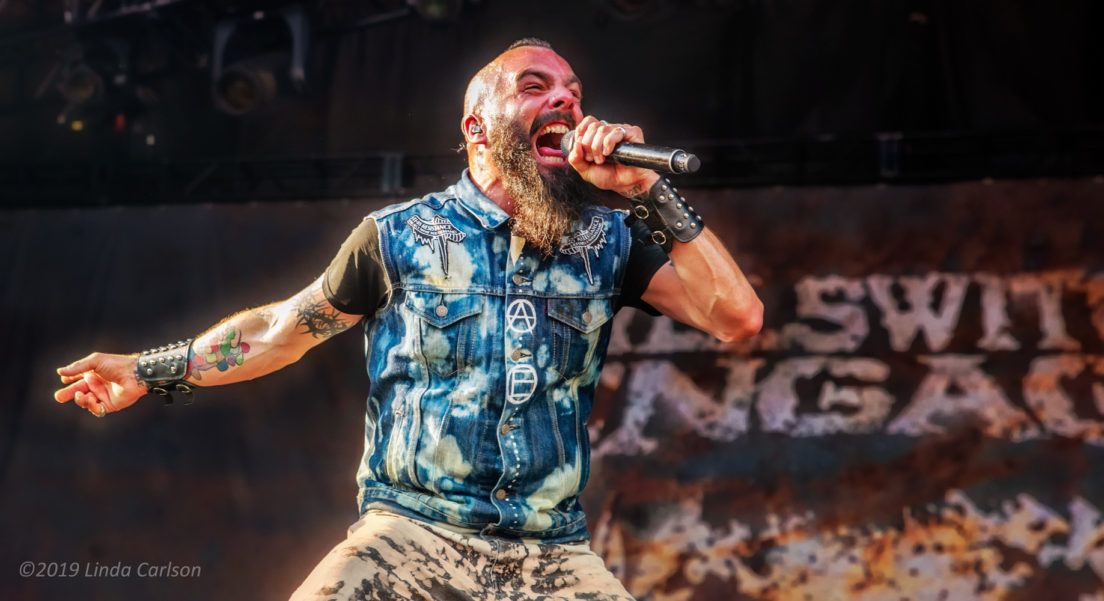 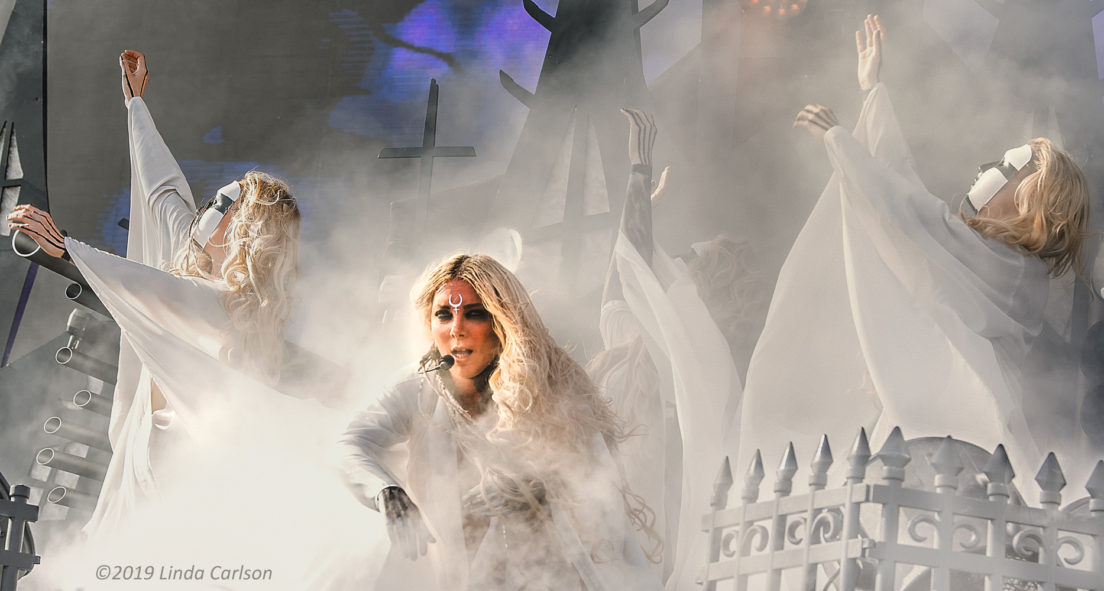 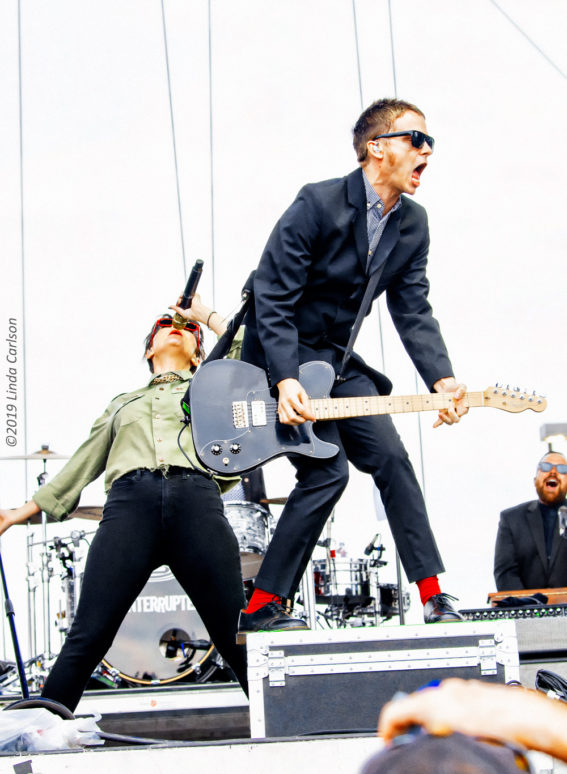 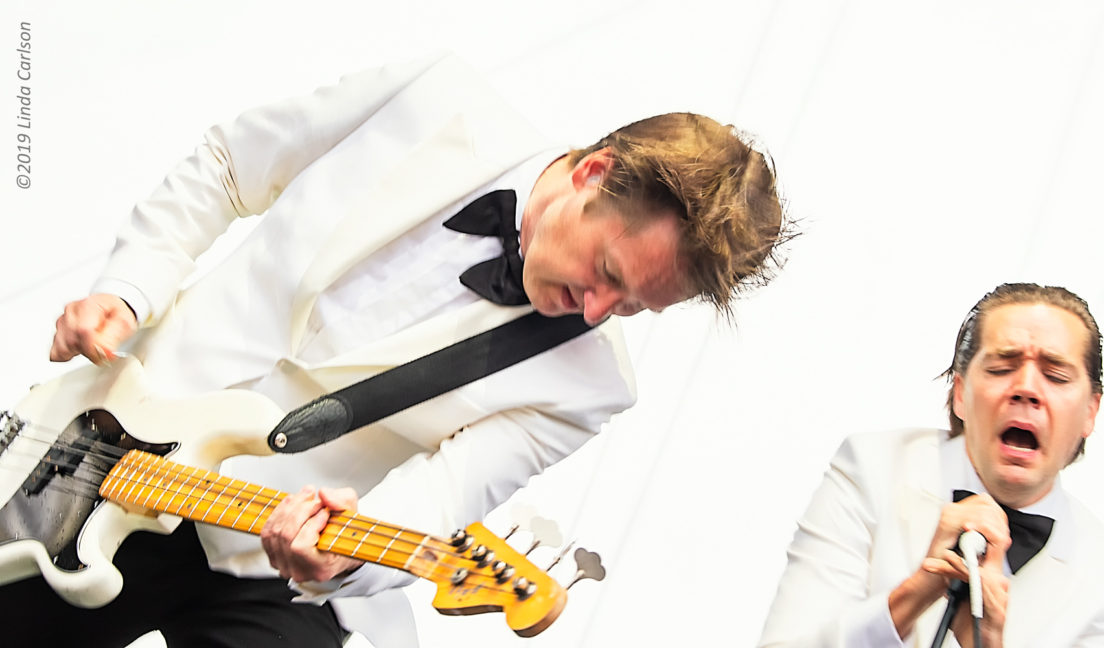 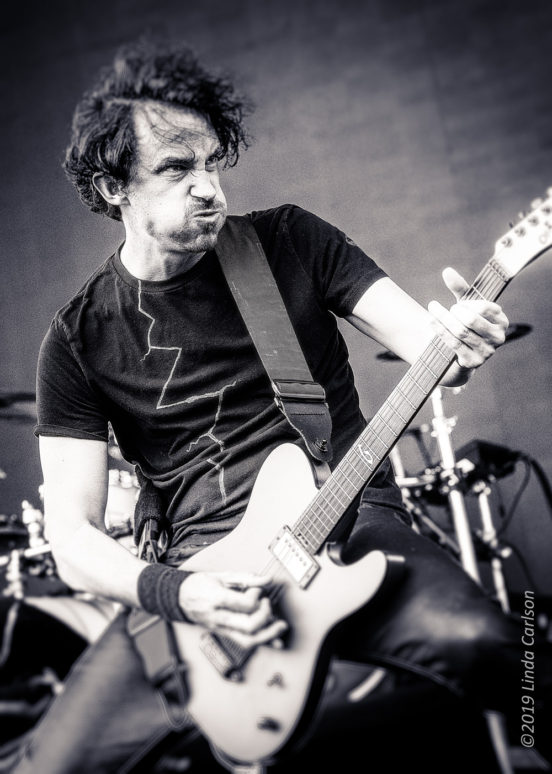 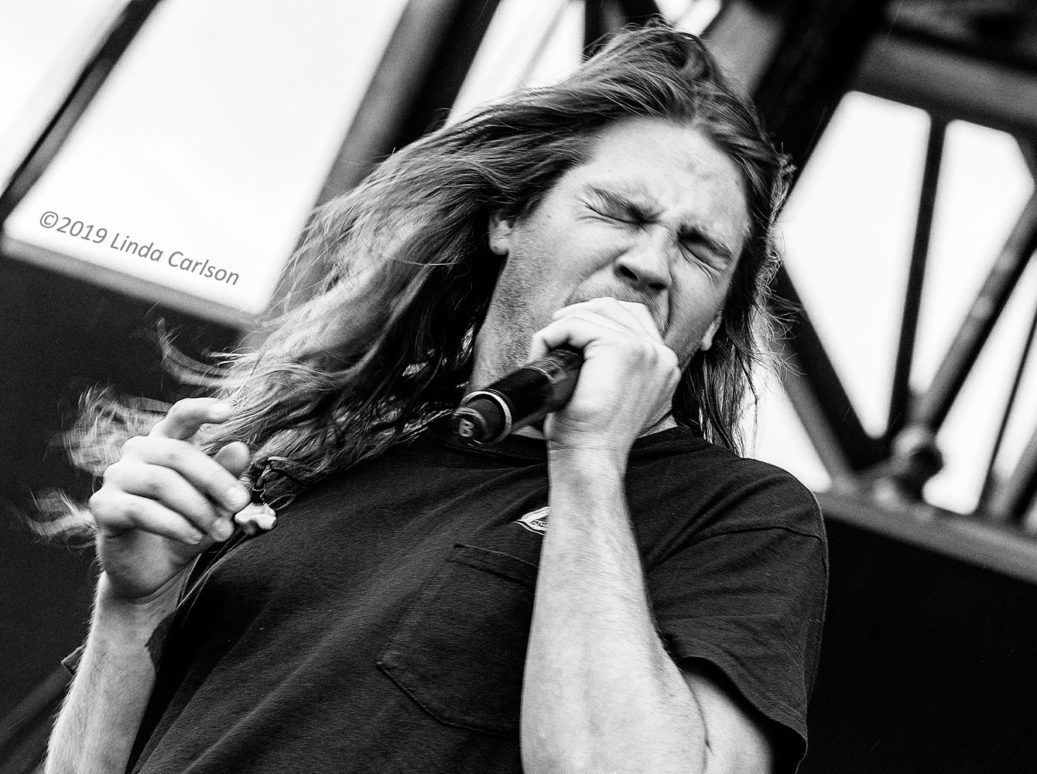 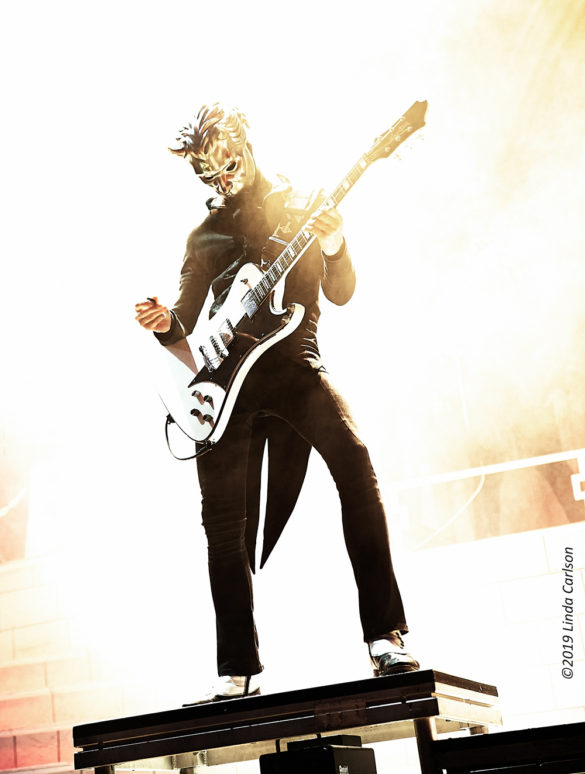 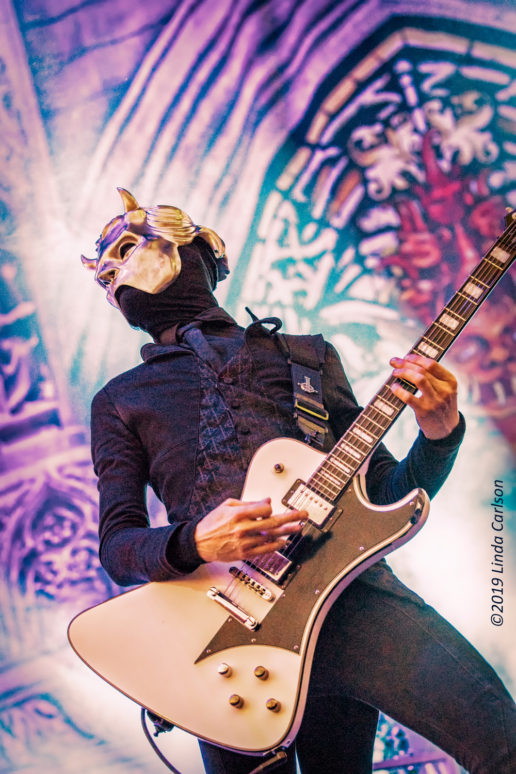 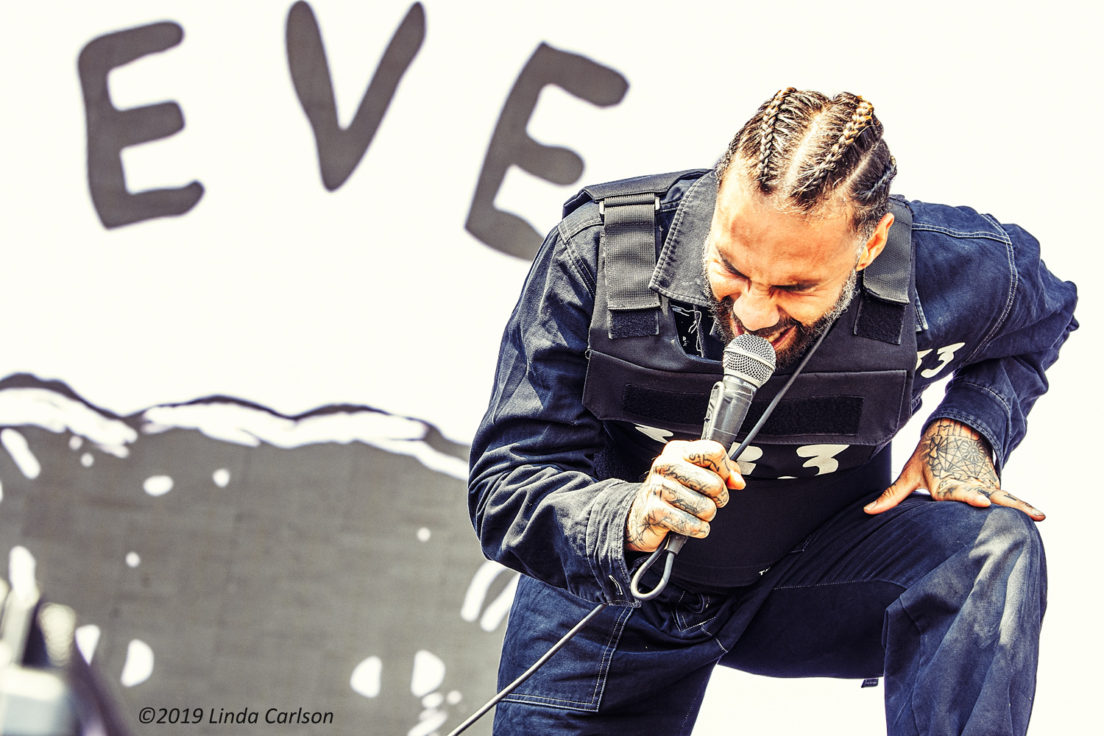 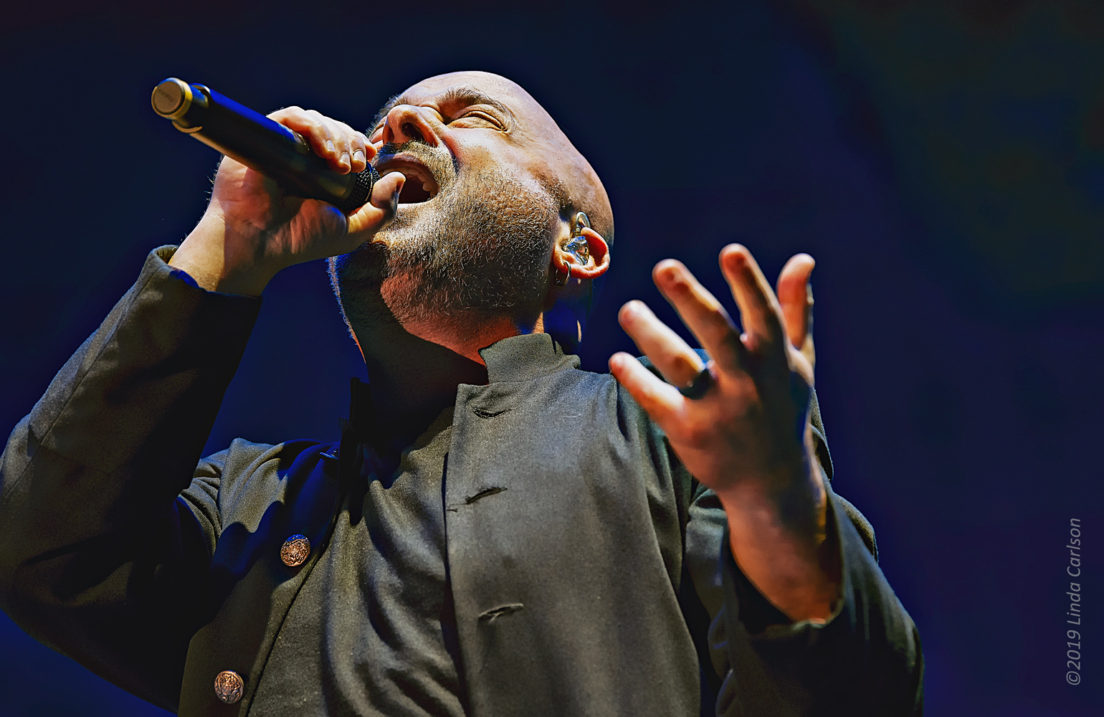 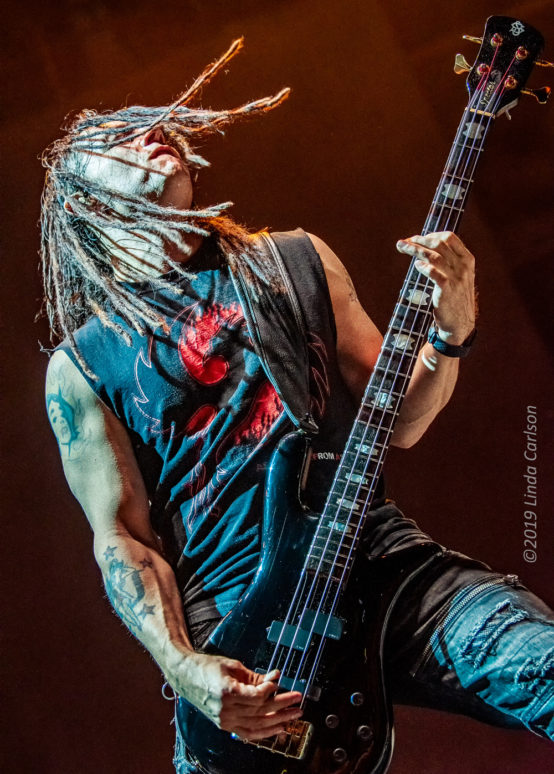 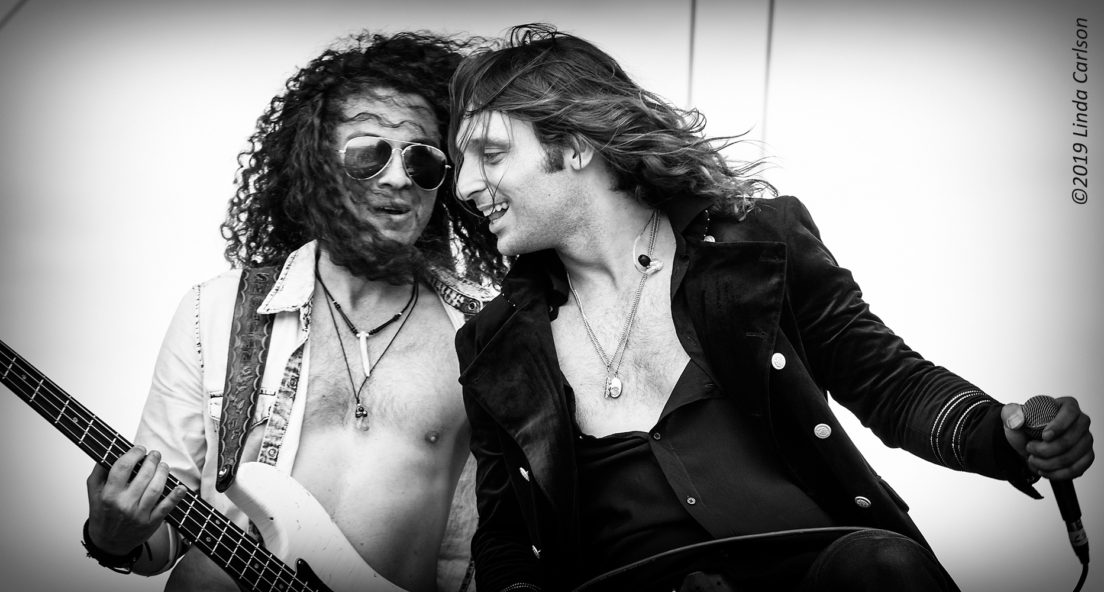 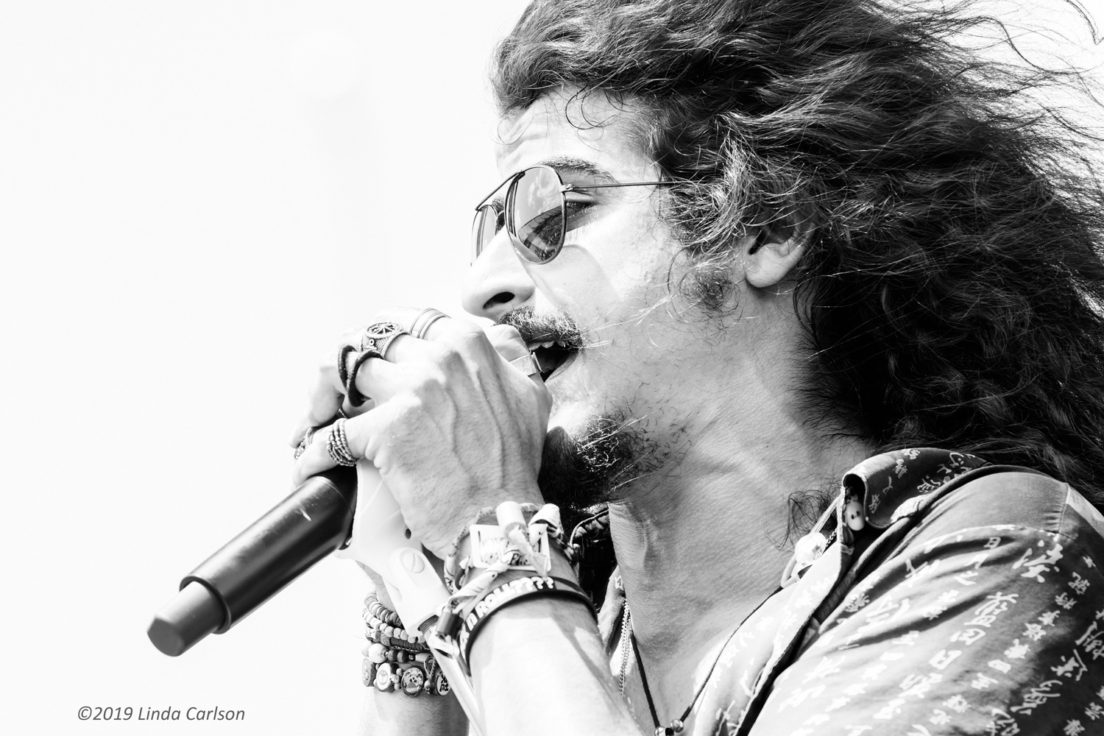