Cincinnati, OH – It’s a common theme at concerts these days … appreciation and joy.  These feelings are evident on both sides of the stage.  Fans are eager to congregate and revel in the live music experience, and performers are excited to be touring again, bringing music to crowds and making their living doing what they love.

On this night in Cincinnati, it was Larkin Poe that brought energy, enthusiasm and light to the stage.  I last photographed these sisters in 2018 in Colorado, and was really looking forward to their music, their charisma and their style once again.  And it was as if time had stood still – they were as dynamic and charming as ever, and the smiles from stage to soundboard were infectious.

Megan and Rebecca Lovell have made Nashville their home.  They have developed roots-rock melodies that are infused with country and blues influences.  Megan on soulful lap steel guitar, and Rebecca on guitar…  Their ballads are beautiful, and their rock is kick-ass.  They transition from one to the next seamlessly, and over the course of the performance, the music moved to higher energy rock that shook the venue.

It was in early 2020 that the band released their latest album, Self Made Man.  The timing, of course, couldn’t have proven worse, with the pandemic outbreak looming on the horizon.  They were not able to share their new music through live performances.  But now, with stages re-opening and opportunity flourishing, the band is finally taking their new music on the road.

Rebecca, lead singer and conversational story teller, shared commentary with the audience, speaking in particular of the strong influence that American blues singer and slide guitarist Son House has had on their music.

She also shared that her husband, Tyler Bryant (of Tyler Bryant & the Shakedown), was with them that evening.  She bubbled sweetly, asking the audience how many years of marriage couples in attendance had experienced.  With each shout of “12 years!” or “22 years!” or “30 years!” she gushed congratulations and joy.  Bryant was most often at the back of the venue by the soundboard, invisible to attendees in the darkened room.  Rebecca occasionally looked to the soundboard with a smile and a nod.  It was charming.

A few words about the audience.  This was an eclectic crowd that is a testament to the band’s universal appeal.  There were young children with their parents, teenagers, and adults of all ages.  Larkin Poe has that kind of draw.  The young, and the not-as-young find a connection with these sisters and their music.

They played a full hour-and-a-half set, building the energy masterfully to conclude the show with powerful rock songs.  A one-song encore brought Bryant to the stage on guitar to join the band.

Opening for this show were The Cold Stares, a duo from Indiana who knew how to warm the crowd for Larkin Poe, with deep, resonating vocals from guitarist Chris Tapp, artfully complemented by beats from drummer Brian Mullins.

Larkin Poe continues to tour stateside through December, moving to overseas shows in April 2022.  Check their schedule on their website: www.larkinpoe.com/tour. 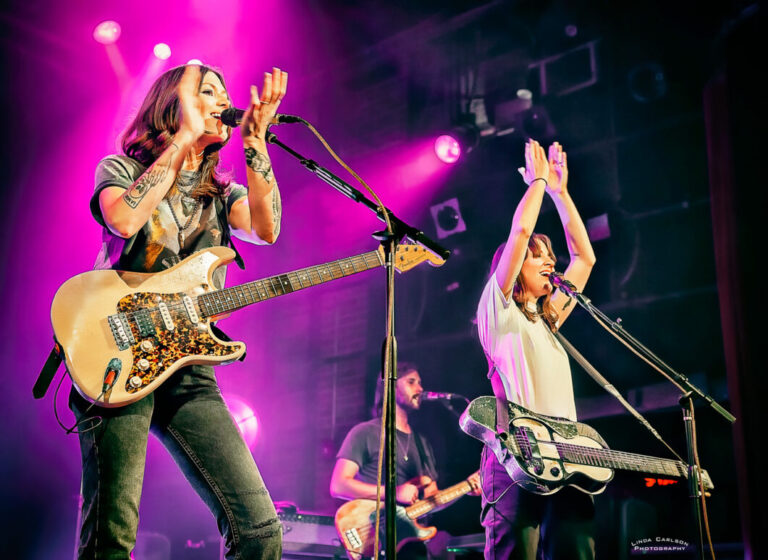 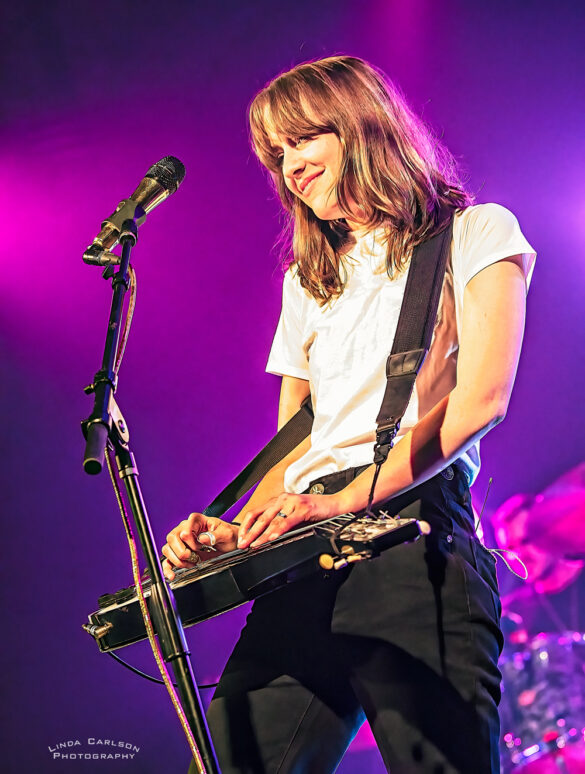 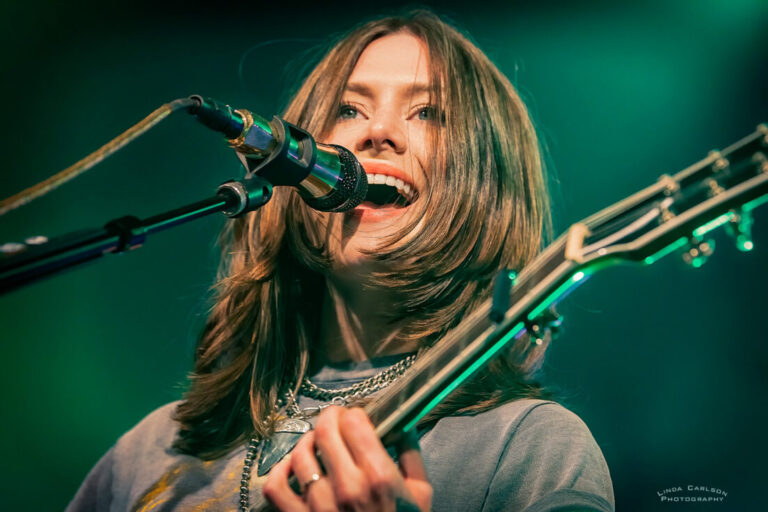 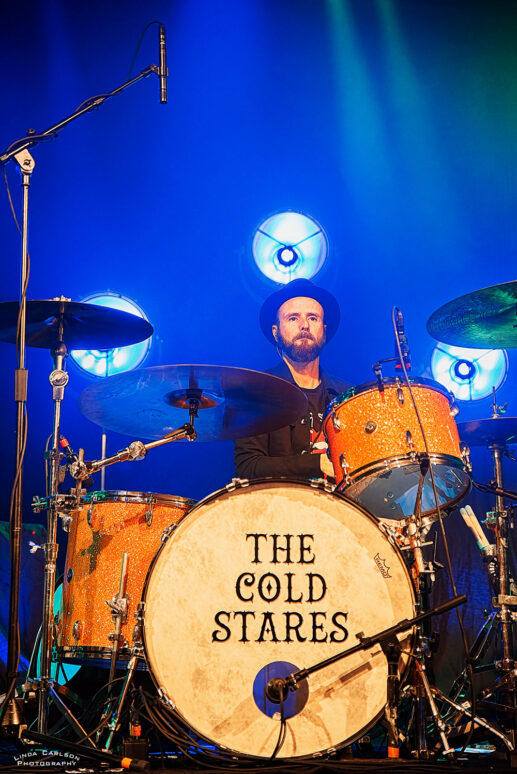 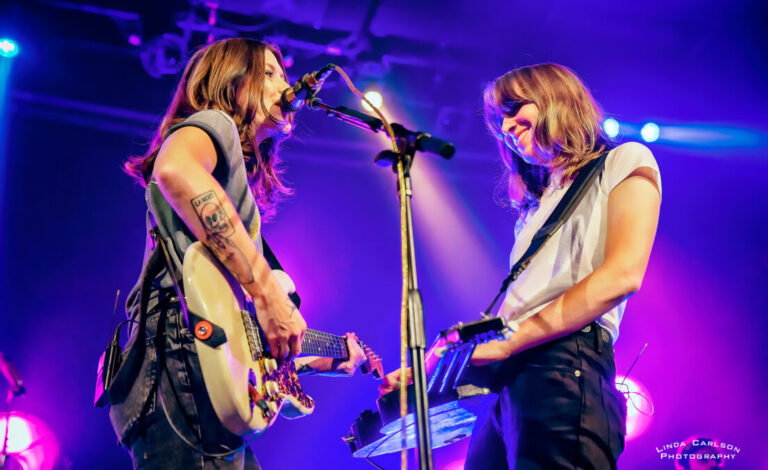 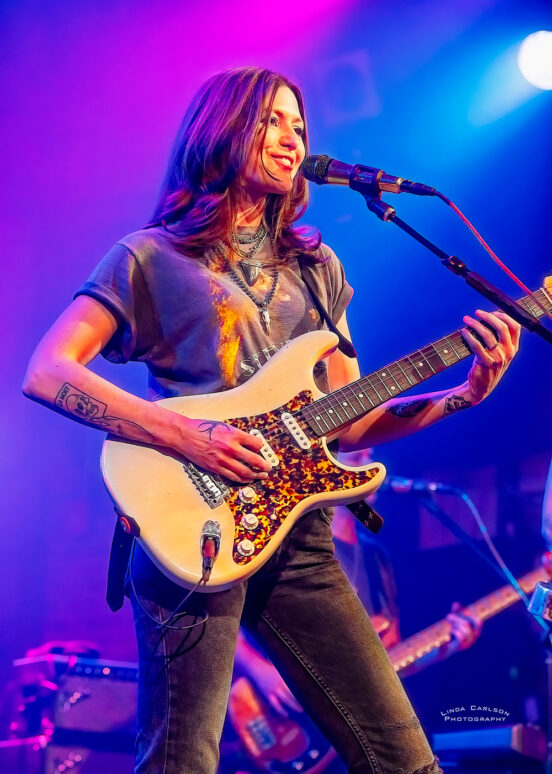 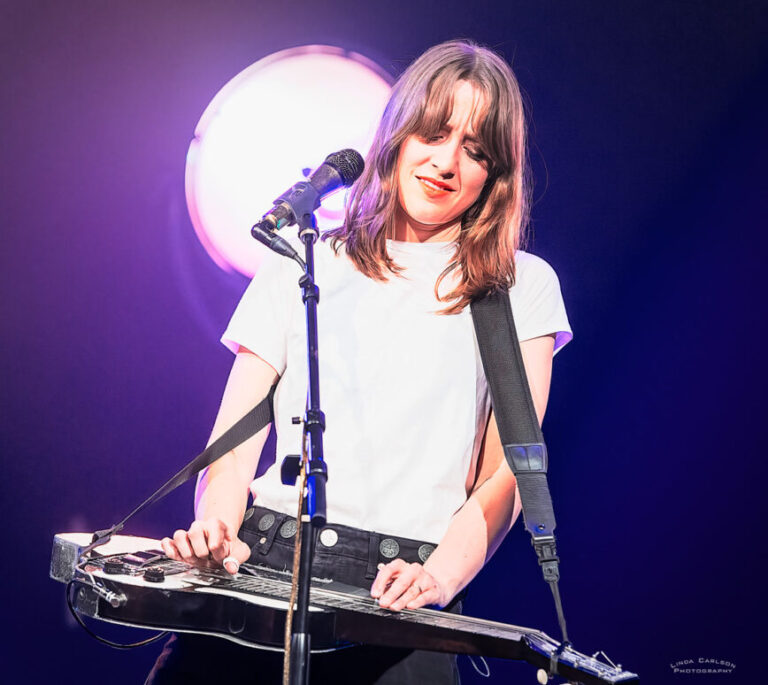 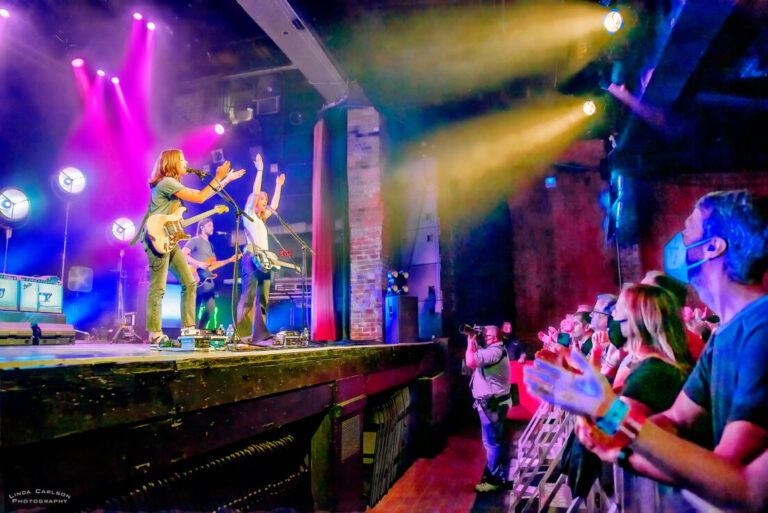 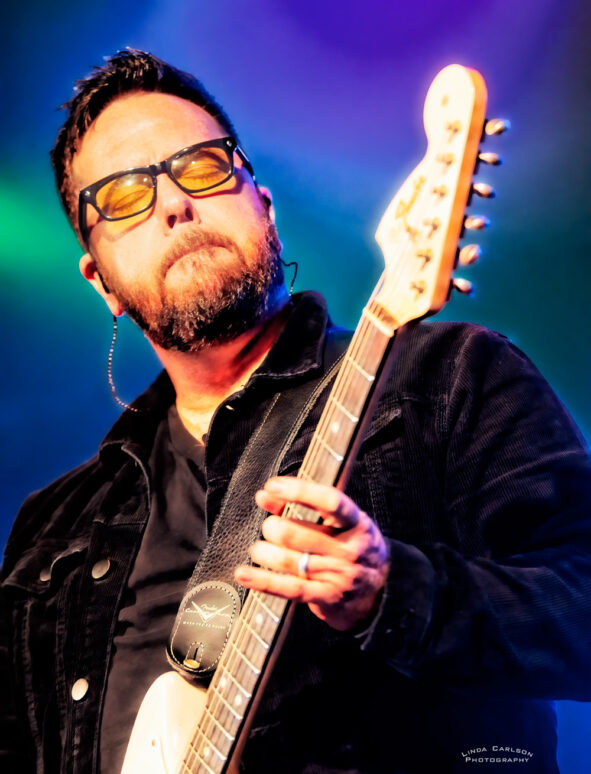 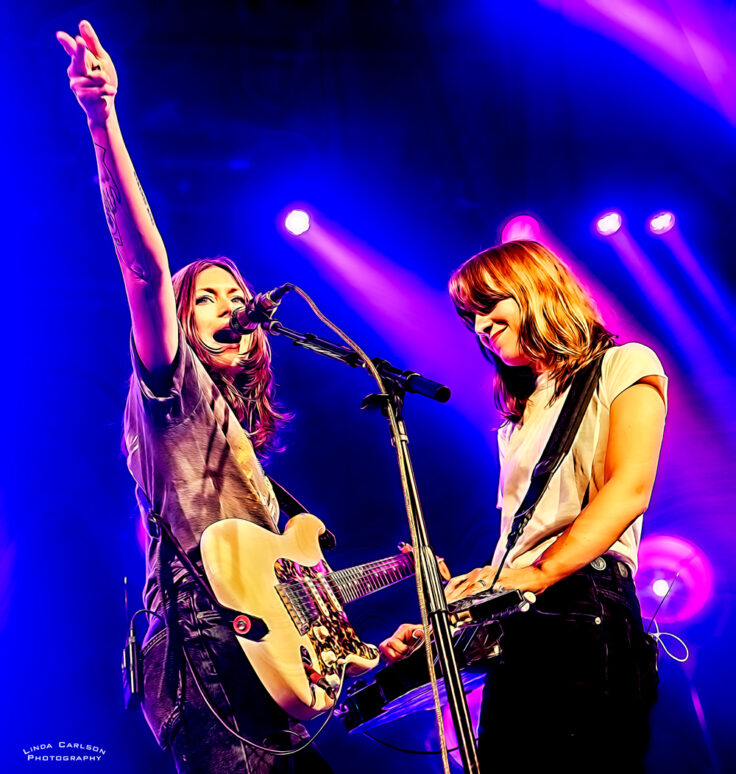 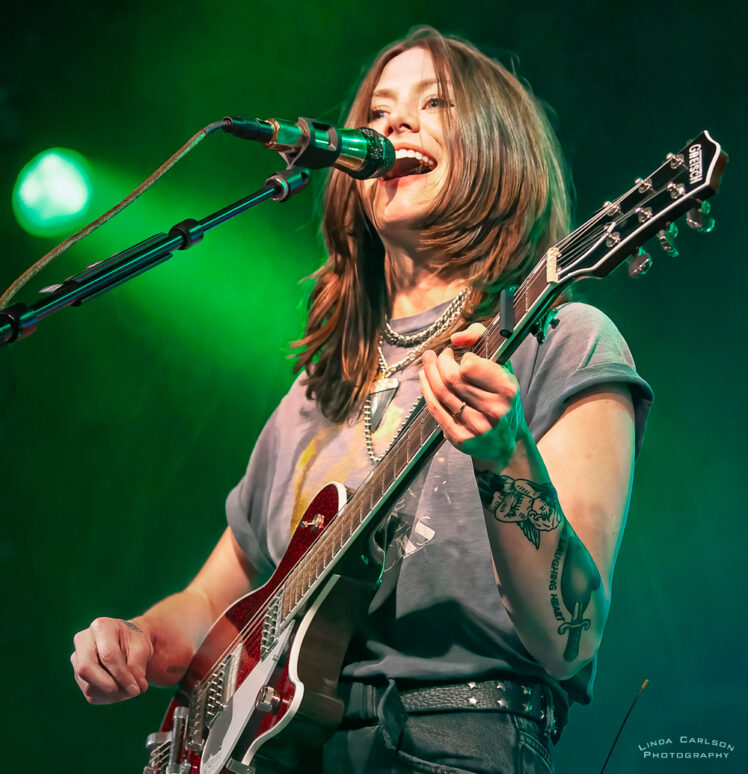 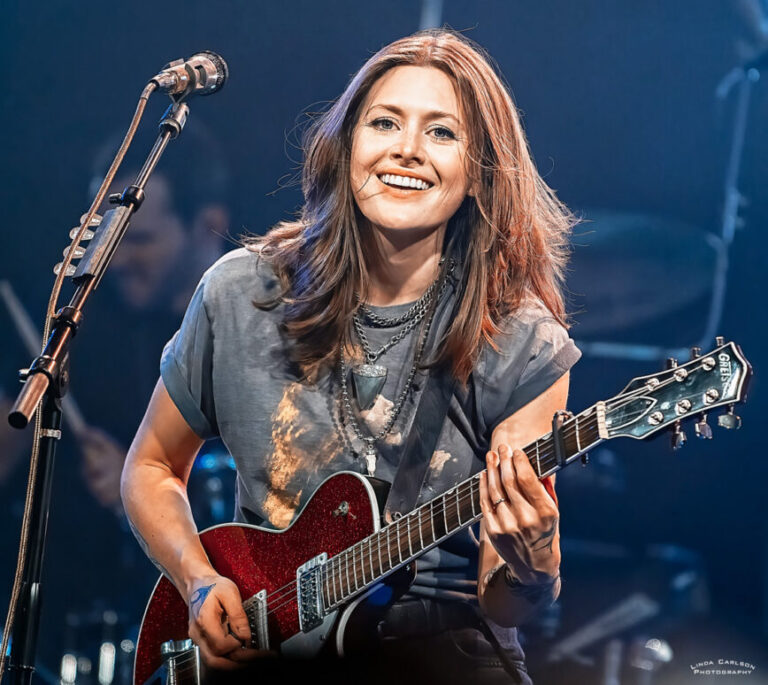 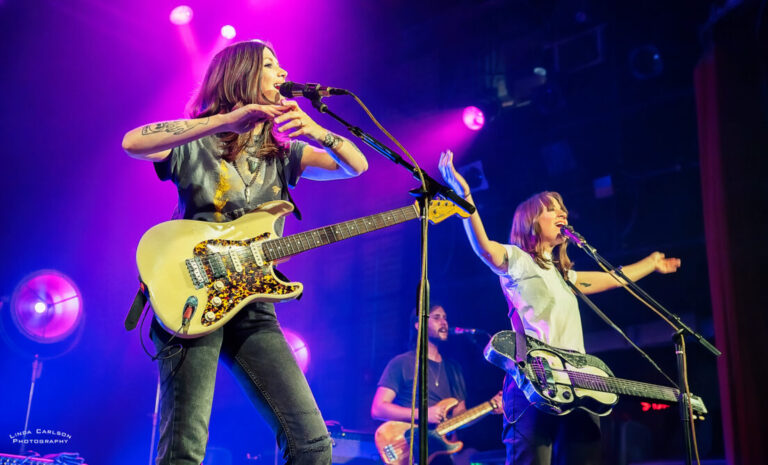 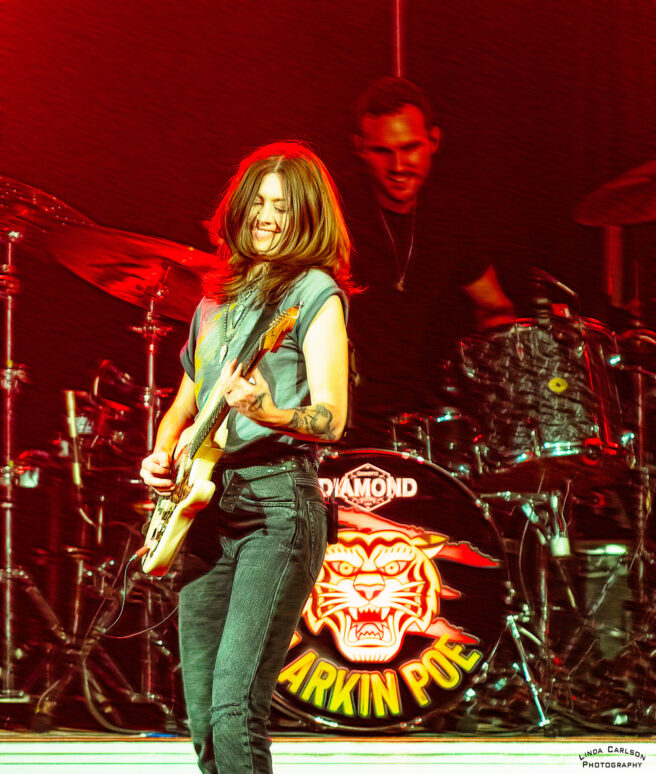