New York, NY — Currently embarked on a national tour that spans nearly 40 years of post-punk and new wave as a genre, The Faint and Gang of Four, two generations joined together in bridging the gap while lending mutual inspiration in their collective styles took the stage at the East Village’s legendary Webster Hall. Both acts willfully bear the burden in appealing to a wide range in musical generations while effortlessly uniting the fans all under one vast banner of infectious, floor rumbling, bass rich beats. The epic union of both veteran acts promised to bring the roof of the venue down simply based on the energy from the fast growing and eager audience. 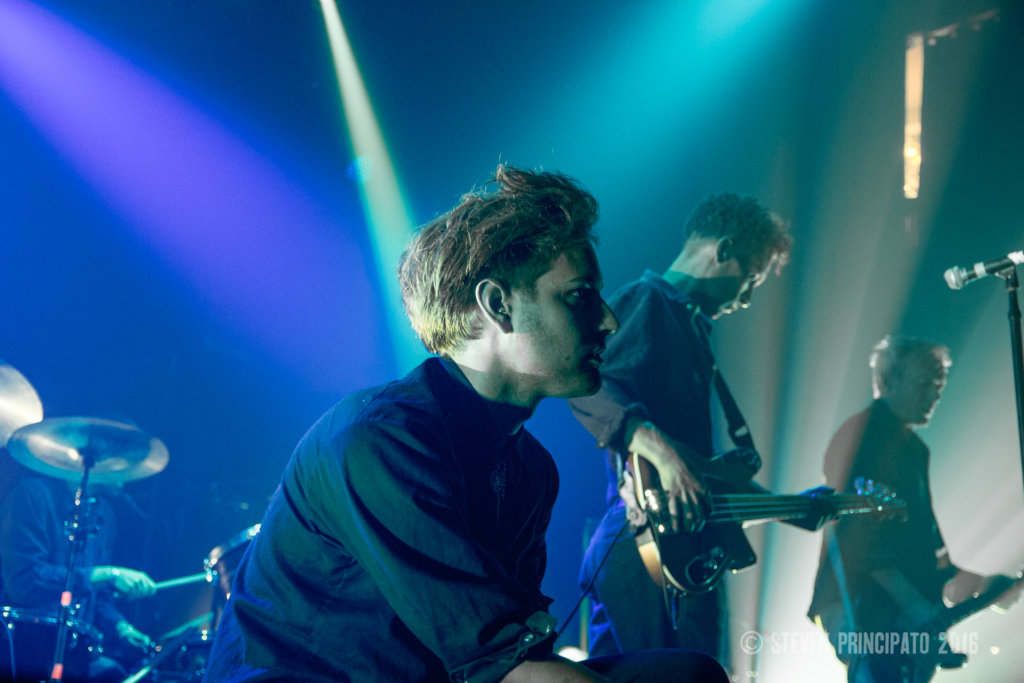 Hitting the stage first under an impressive display of atmospheric lights and smoke effect, legends of post-punk Gang of Four prompted immediate questions in whether they should have taken the headline slot rather than the opener based on the initial crowd energy level. With their origins in the earliest generation of the post-punk movement in 1977, Gang of Four continues to to draw crowds despite the fact that only a single founding member remains. With the original members being exchanged for significantly younger and nimble musicians, Gang of Four may give the false illusion of a contemporary group, or possibly as a result of their ageless music. Starting their set with the confusing to those not so familiar with G.O.F.’s catalog, “Where the Nightingale Sings”, which all of the actually fans seemed to dig just fine, G.O.F. appeared right at home despite some minor technical difficulties. Moving on to more dance friendly numbers as their set progressed, with older titles like “I Parade Myself”, it was rather Clear the G.O.F. still maintained whatever it was nearly 40 years ago, and then some. 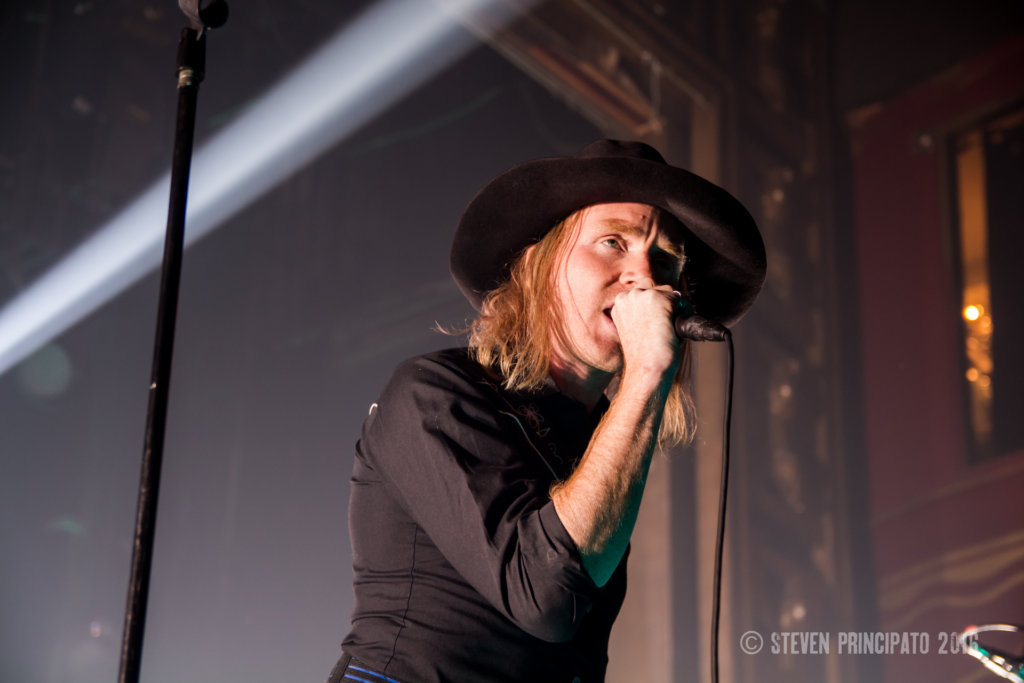 Headlining the show were highly revered, Indie rooted  but mostly electronic The Faint. Hailing from Omaha, Nebraska, a place one might not find synonymous with the chilling lyrical themes and dissonant, distorted retro-computer glitched tones The Faint generate to the delight of their countless devotees. Founded in the 90’s by brothers Todd Fink and Clarke Beachle, with the brief presence of Bright Eyes front-man Conor Oberst, the band’s recognition in the underground scene rapidly expanded under their unique cadence of dissonant song structures that just happened to incite fits of dancing among young hipster types. Opening their set with an alternate, electronic interpretation of “Southern Belles in London Sing”, The floor literally bounced to the rhythm of the bass heavy beats beneath my very feet as a result of 1000 hysterical dancing bodies. With the frantic atmosphere never to be overshadowed by Todd Fink’s boyishly descriptive and frequently cybernetic assisted vocal style, including frequent regard to subjects of an ominous and depressing nature, tracks like “Take me to the Hospital” and “Agenda Suicide”, failed to kill the mood and end to the epidemic dance crazy erupting about the floor before me.  Performing in a more electronic centered method, with Todd regularly taking the helm of his own synth station while covering vocals and  The Faint now sporting one less guitarist, The veteran act continue to undergo yet another stage in their sonic evolution since their inception in the late 90’s. Reflecting in their latest studio tracks, also performed live in tonight’s concert including a retro-themed but dreadful interpretation of falling space junk in “Skylab 1979” and “Young and Realistic” a more intimate track regarding the desperation of naivety of first relationships. 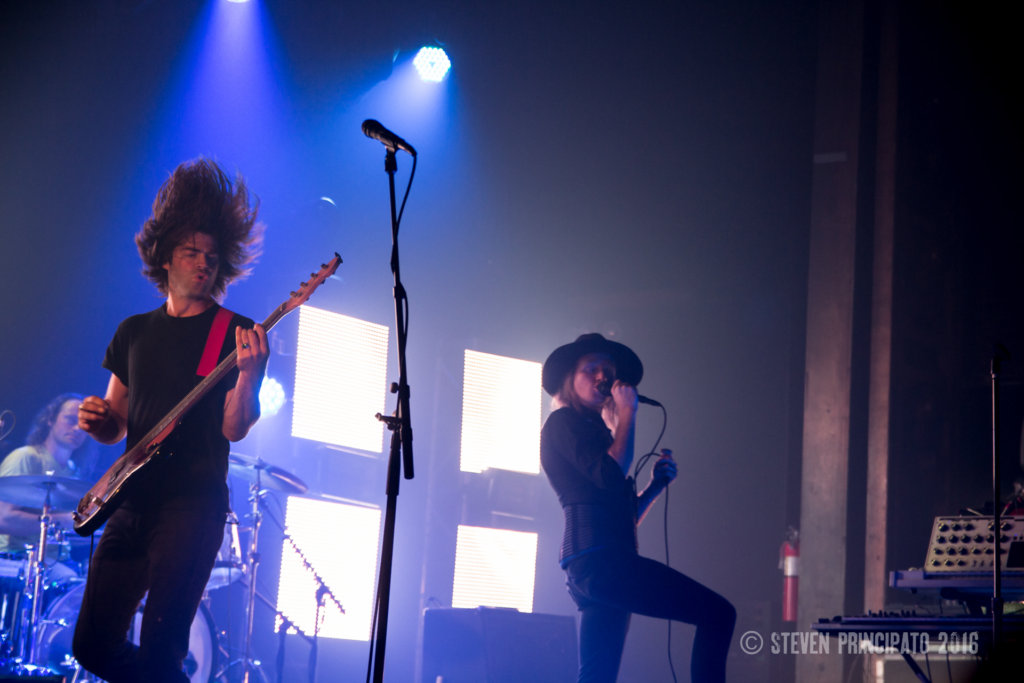 Finishing the show with the floor of Webster hall somehow still intact despite the raging dance epidemic, The Faint wrapped up yet another successful night on their recently embarked domestic tour in support of their latest release, CAPSULE 1999-2016. If you’re looking for a retro-themed, hybrid-electric pair of bands with lyrical depth superior to that of what usually stimulates one’s dancing urges, be sure to catch Gang of Four and The Faint whenever they may threaten to influence seismic readings in a town near you. 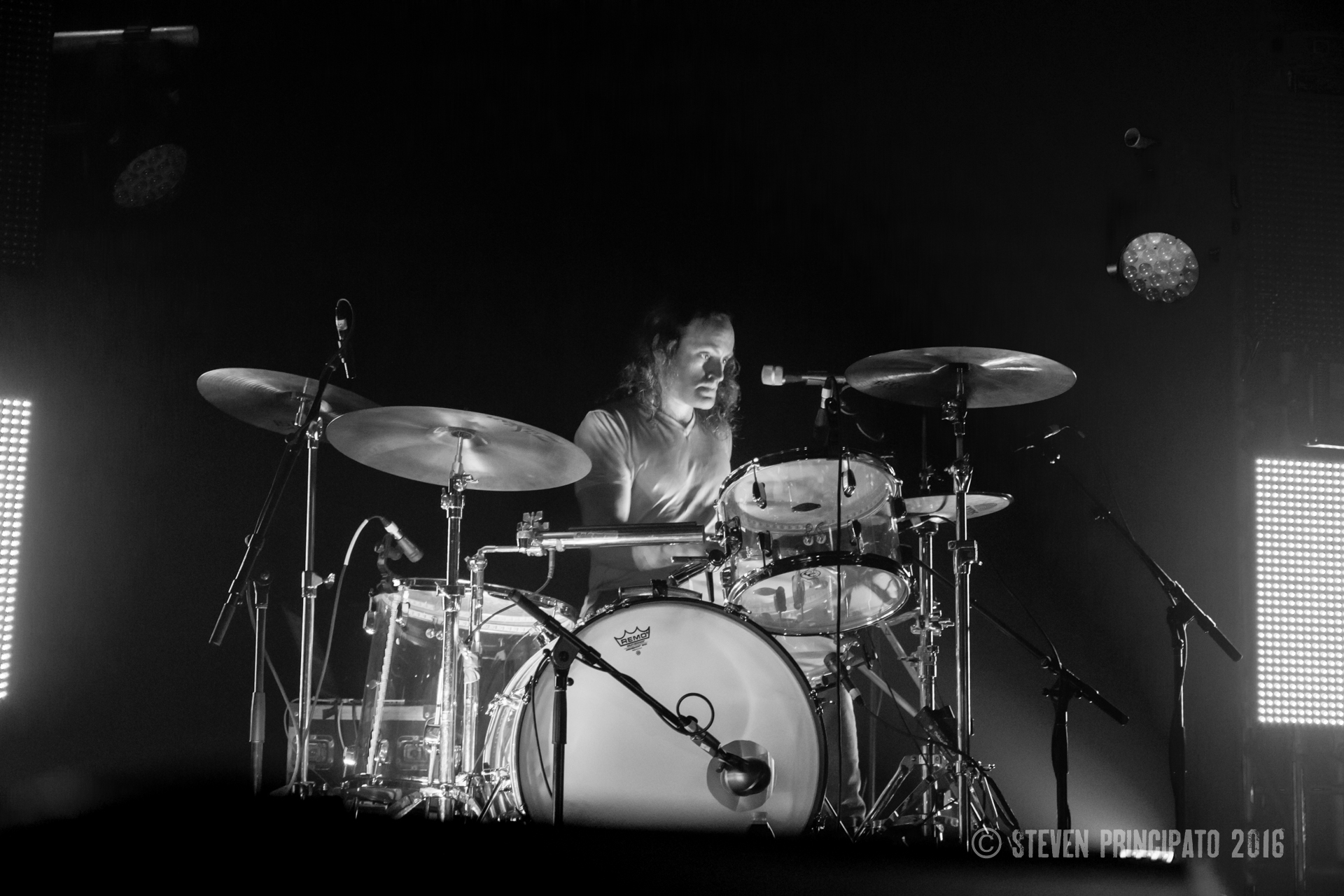 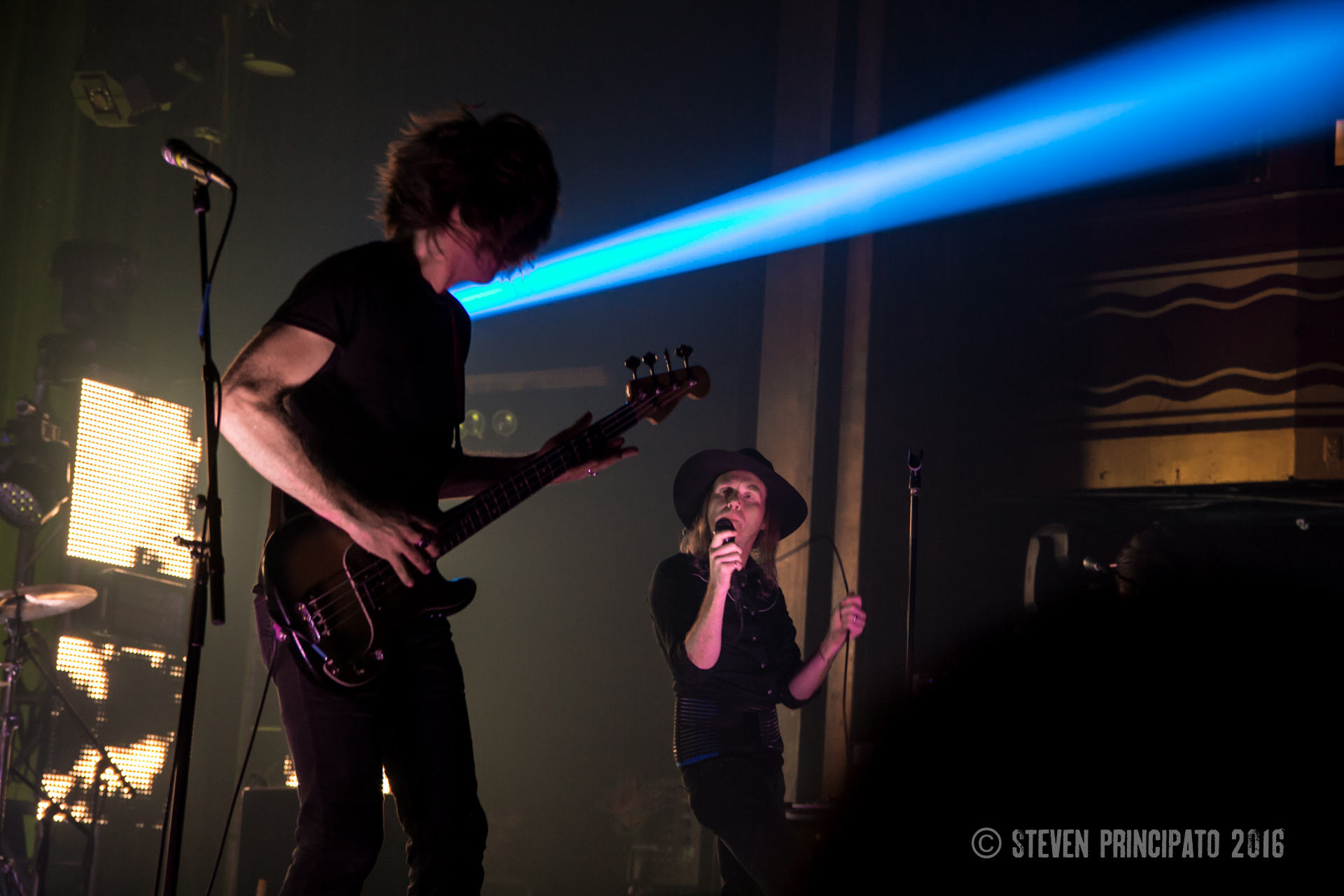 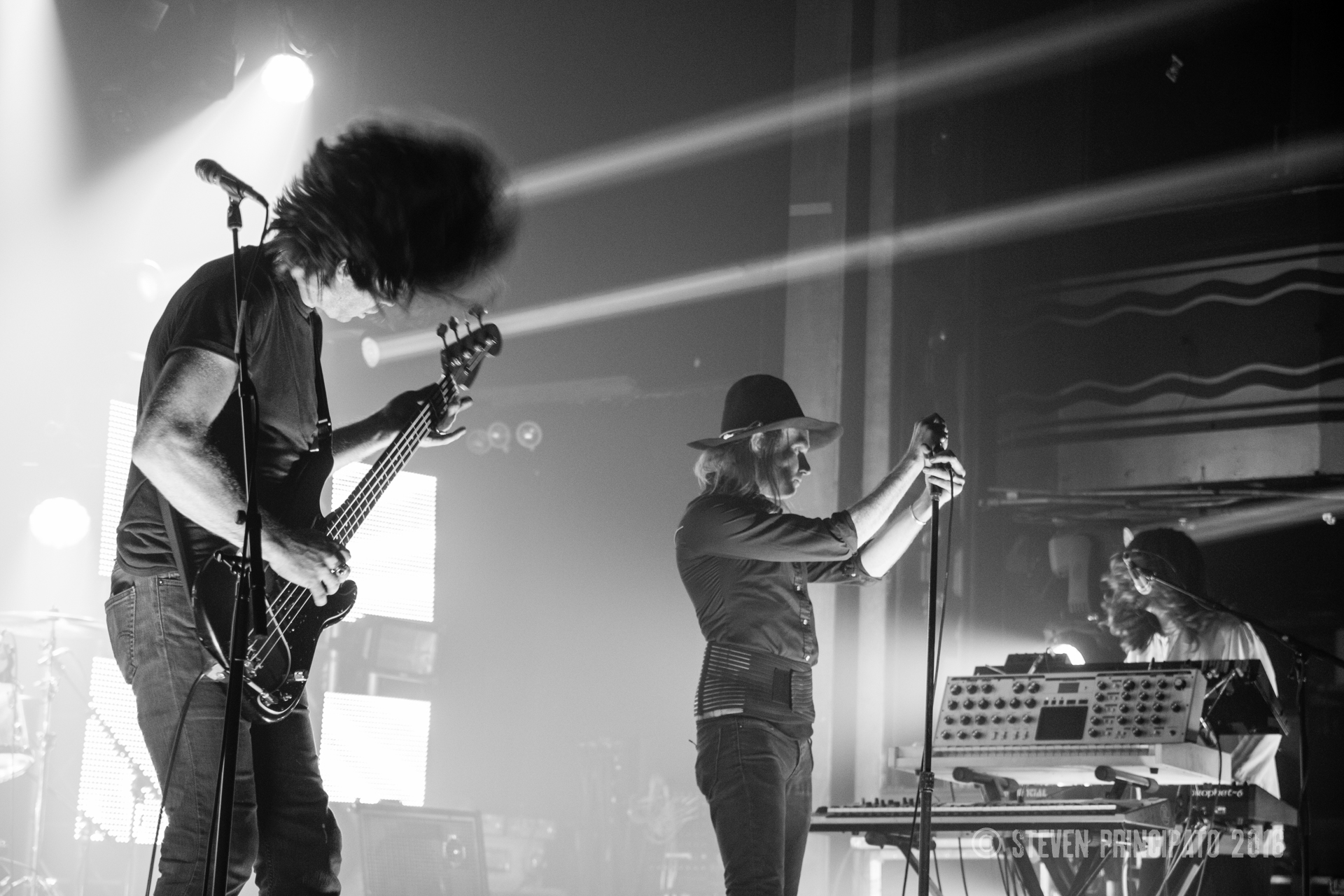 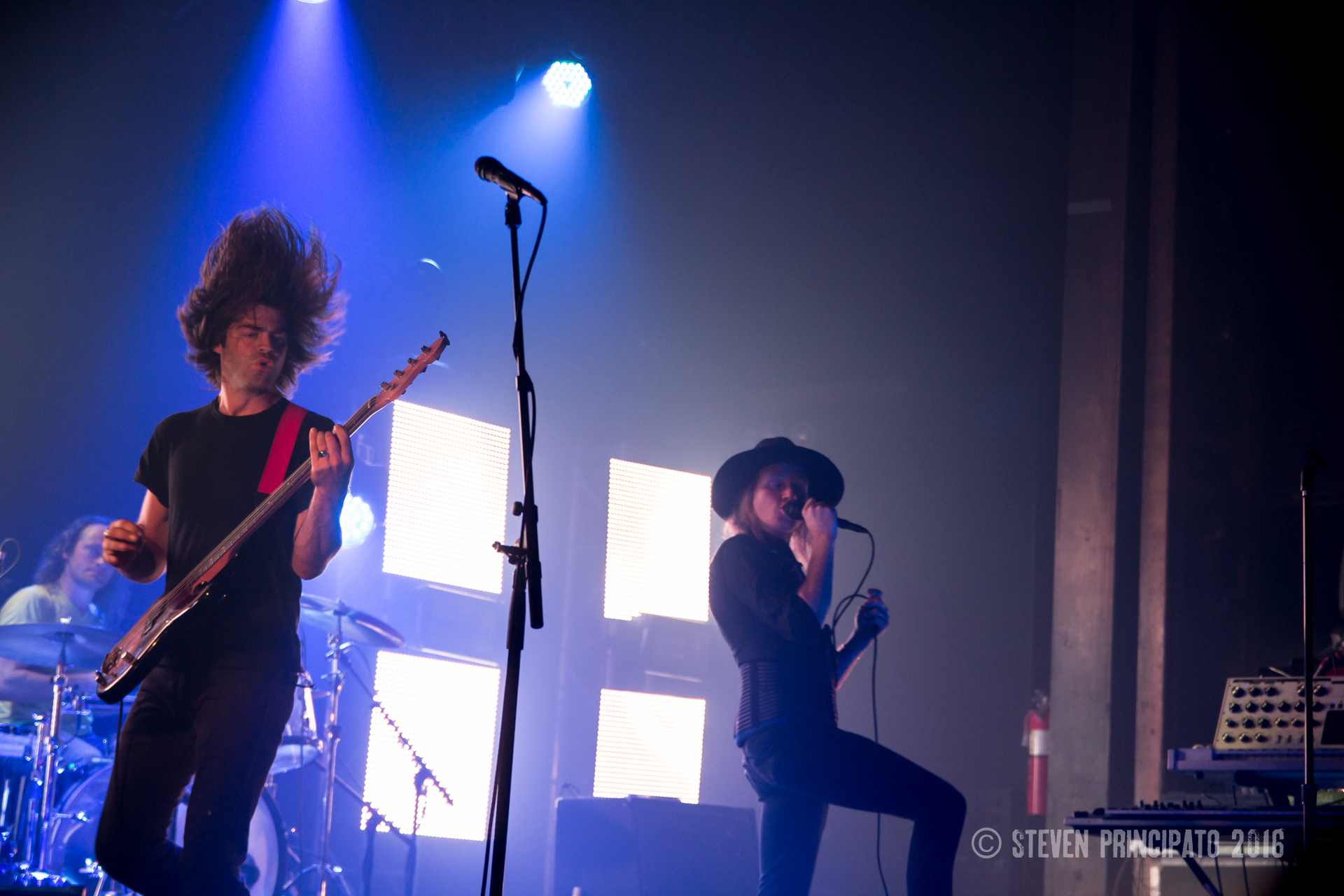 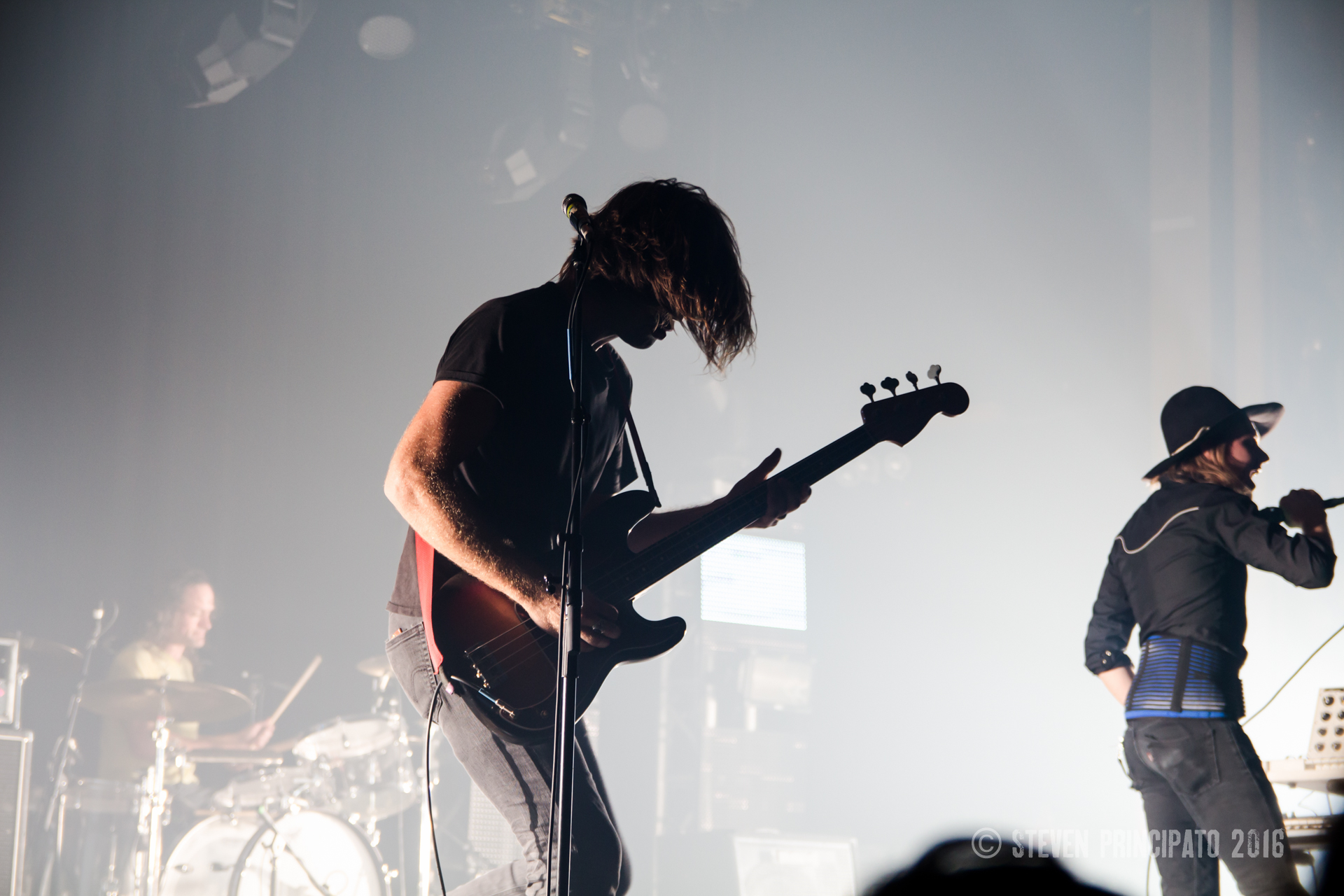 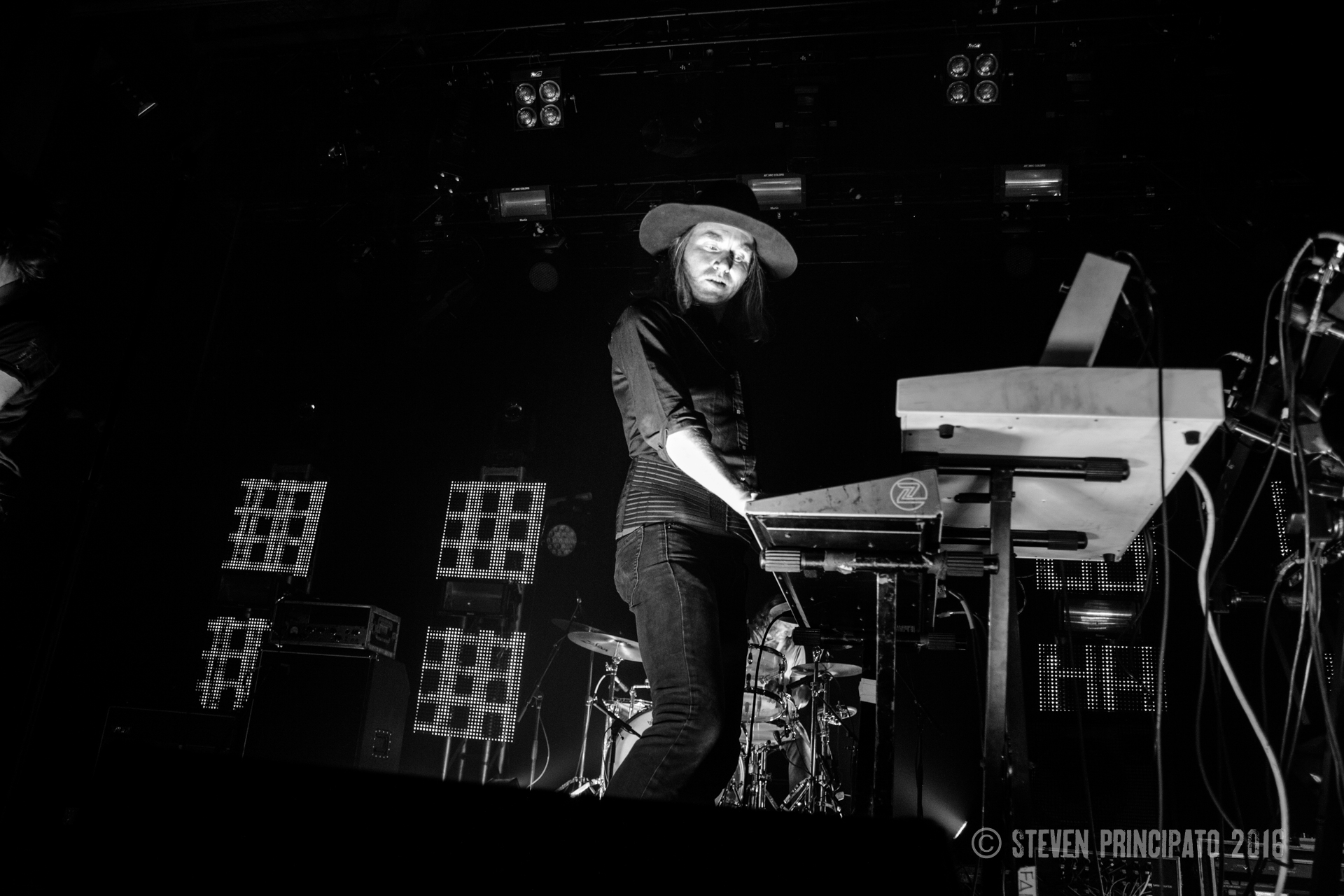 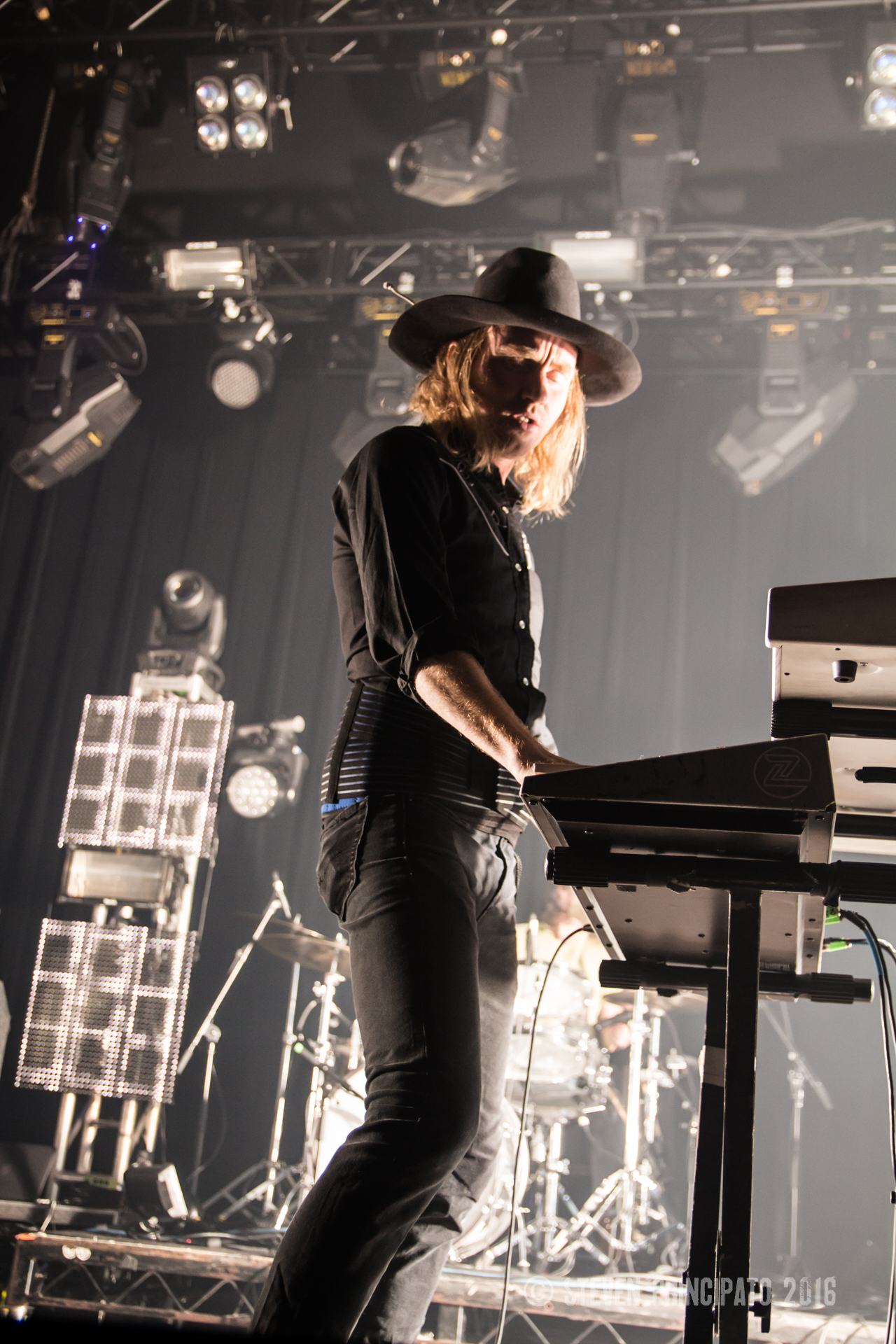 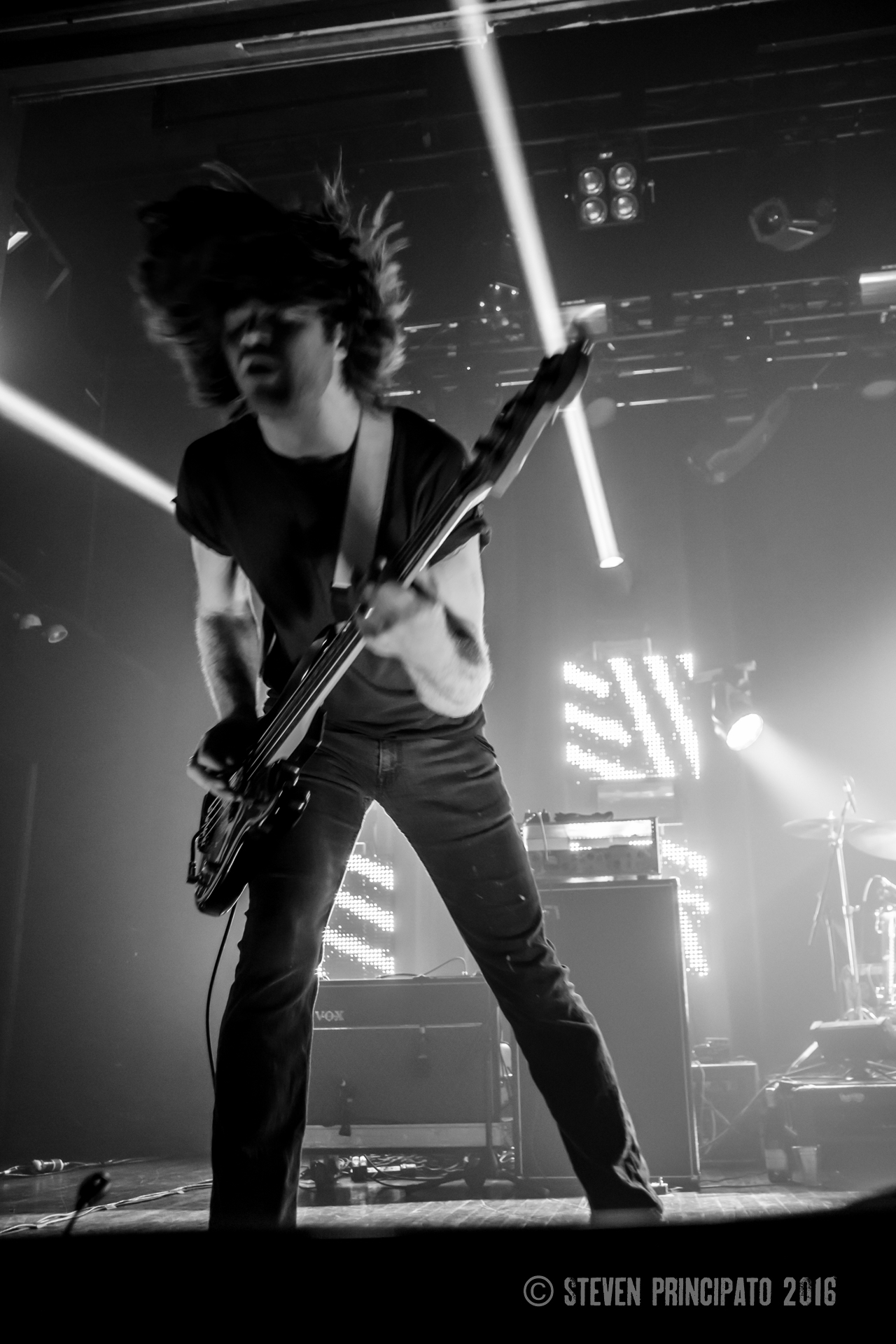 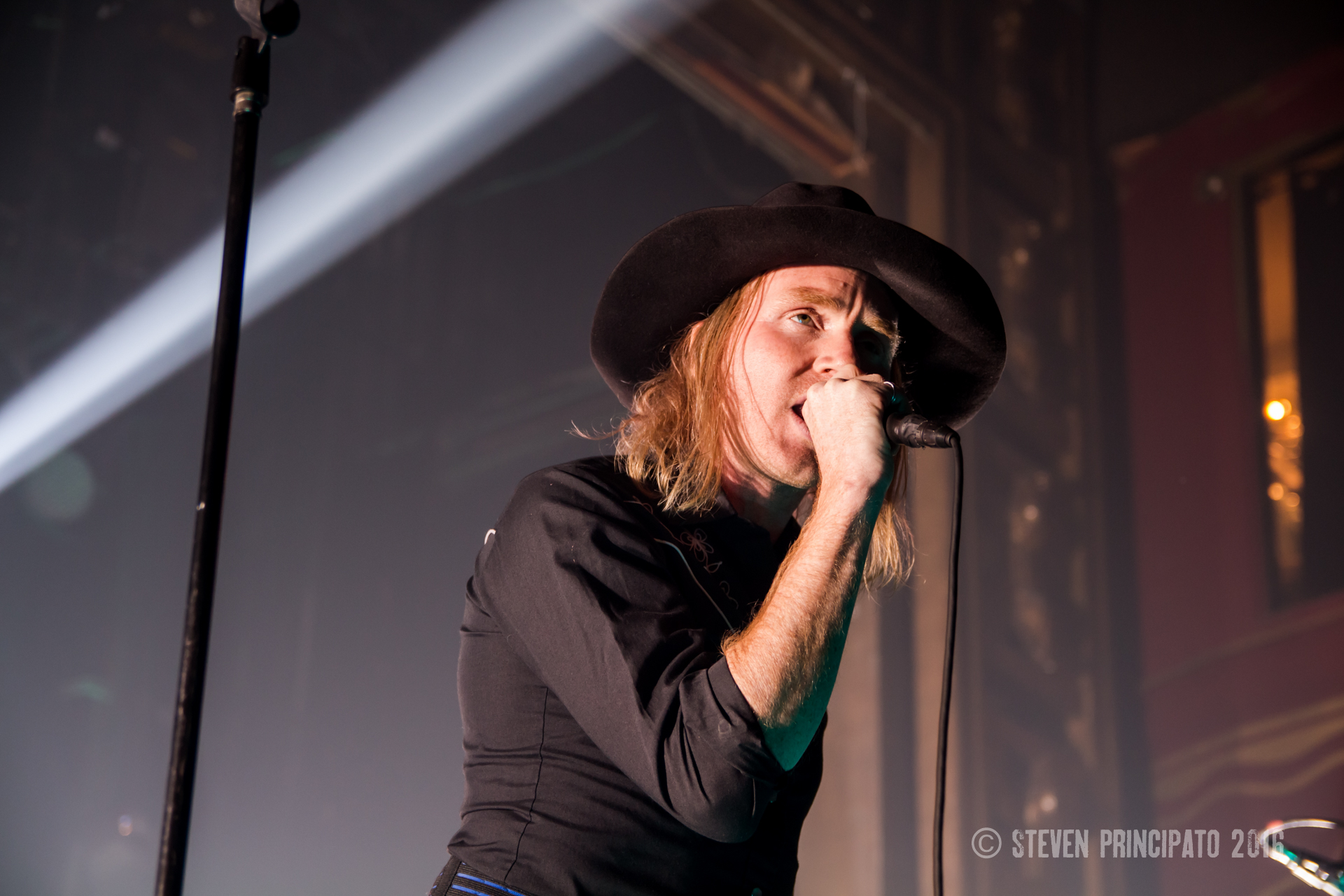 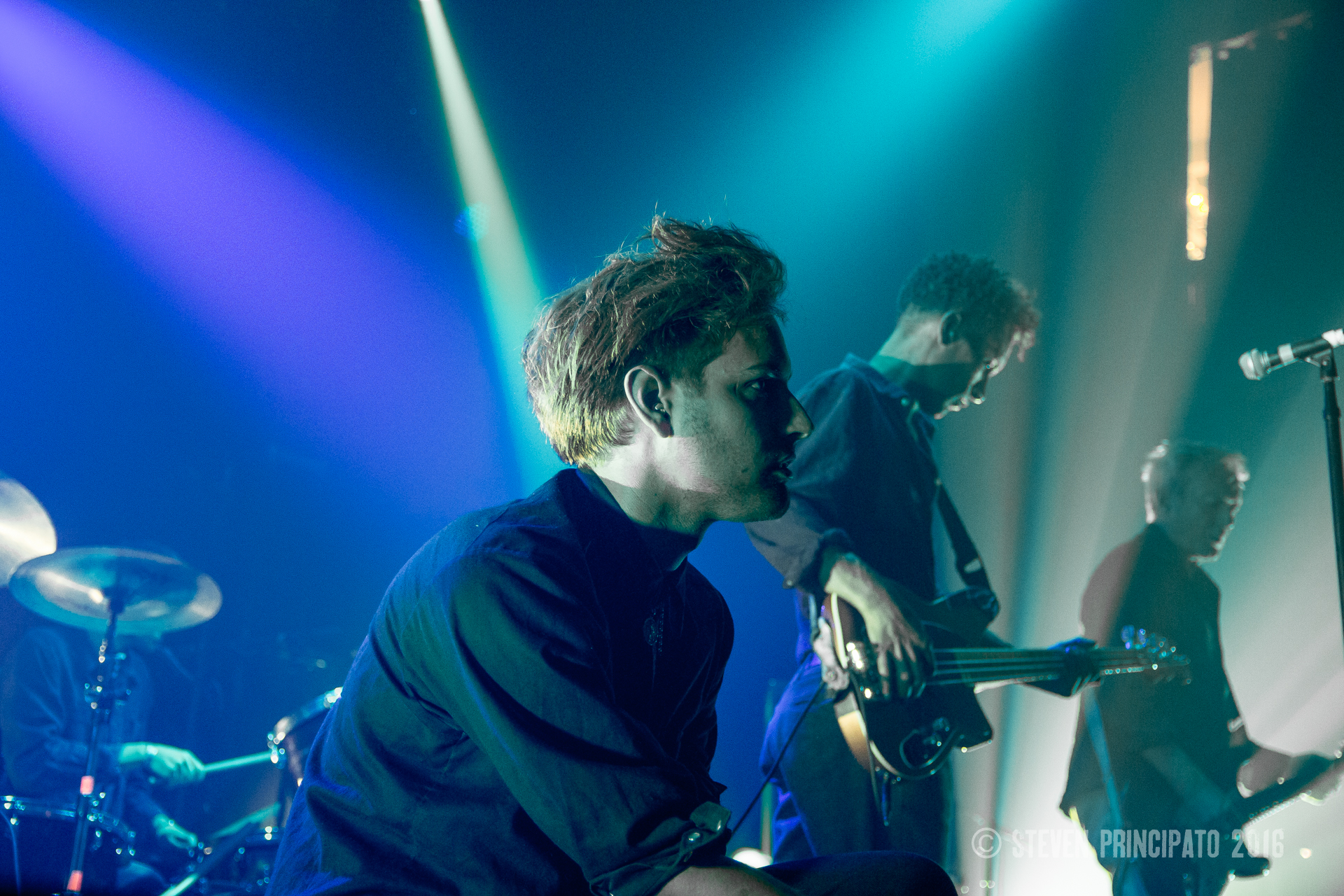 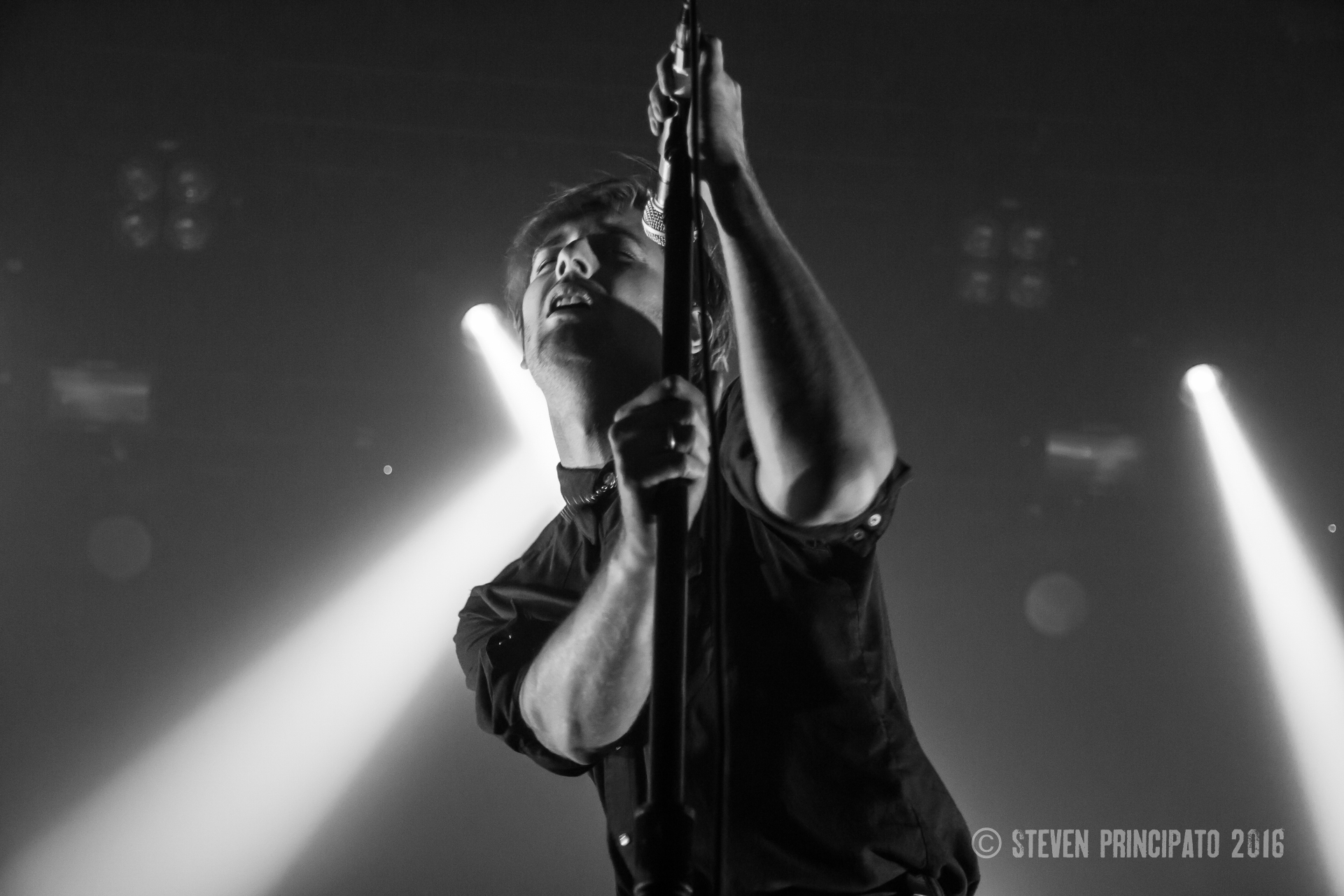