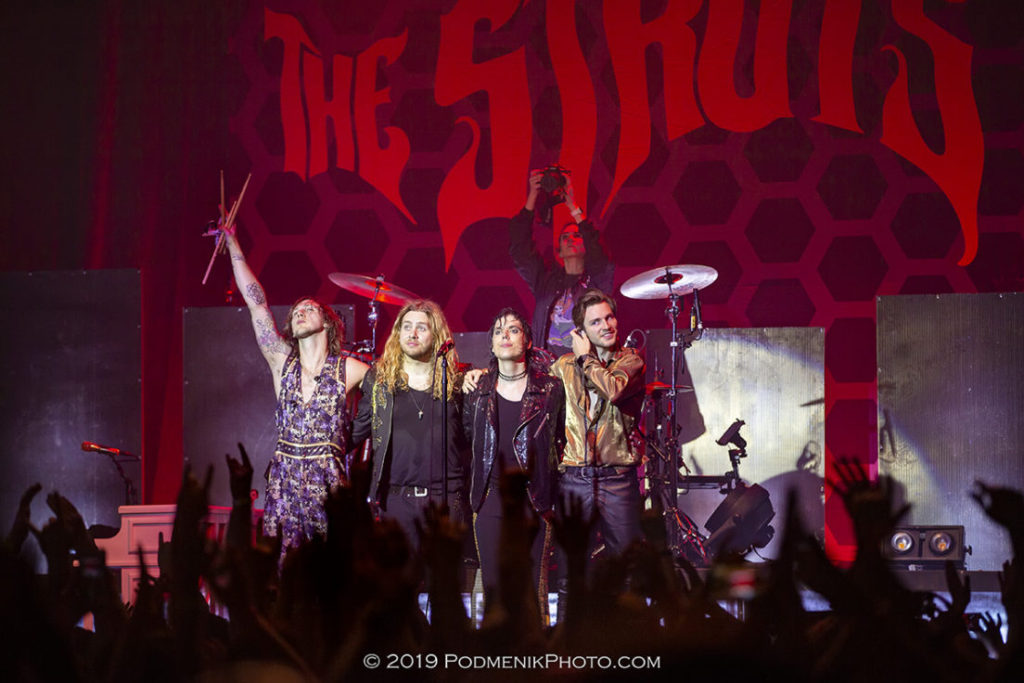 It is incredible to see an audience sing to an entire show, especially when a good portion of the songs have not been released as singles yet; while the show was not sold out (and should have been,) to witness such devotion indicates that fans are paying attention, and that The Struts are in frequent rotation on personal playlists. The lyrics on Young and Dangerous are at times tongue in cheek self observation or commentary on our current social media obsessed culture, all while being catchy sing-a longs.

This glam rock band has opened for and been promoted by such huge names as The Who, Foo Fighters, and The Rolling Stones. Check their website for upcoming dates as they wind through Europe and then return to the U.S.: https://thestruts.com/tour-dates/

SET LIST:
Primadonna Like Me
Body Talks
Kiss This
In Love with a Camera
Fire
Dirty Sexy Money
The Ol Switcheroo
One Night Only
I Do it So Well
Bulletproof Baby
Mary Go Round
Put your Money on Me
Where Did She Go
Don’t Stop Me Now
Ashes
Could Have Been Me