Virginia Beach, VA — #KORNAIC is the name of this summer tour, led by none other than two different powerhouse bands of the 90’s. Each band pioneered groundbreaking interpretations of the metal genre, and each band continues to consistently churn out hits to this day. At first glance, the combination of Alice in Chains and Korn on the same ticket seemed odd, but with a deeper look into the match up, it becomes apparent that this ticket is an important, once-in-a-lifetime opportunity. 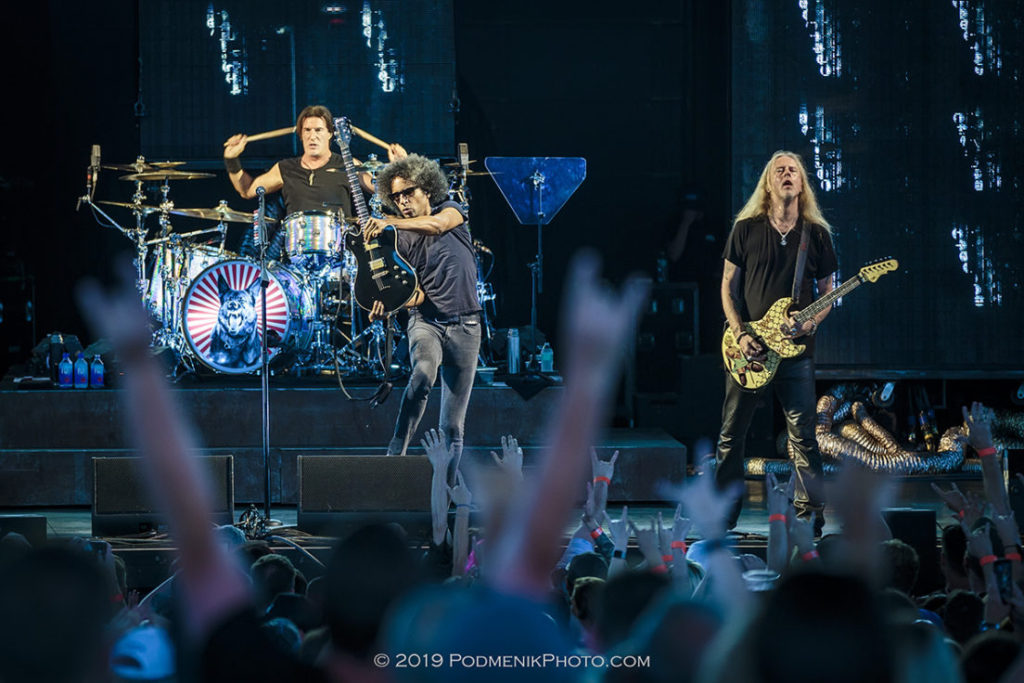 Alice in Chains rode in on the Pacific Northwestern grunge wave with other greats such as Pearl Jam and Soundgarden. However, AIC’s sound does not fit neatly into grunge’s box; Jerry Cantrell and Layne Staley’s dissonant and unique harmonies and brooding moodiness defined them and differed them from classic metal bands. The world mourned when we lost Staley, but vocalist William DuVall has fit into the band perfectly. In just a few more years, he will be as much a part of AIC as Staley. Latest album Ranier Fog was nominated for a Grammy for Best Rock Album, and is currently part of a project melding music videos and sci-fi film together, Black Antenna.

Their 15 song set list included “Man in the Box,” “Check My Brain,” “Would?,” and “Rooster.” DuVall swings guitar front and center on stage, while vocalist/ guitarist Cantrell and bassist Mike Inez ably hold down the ends. 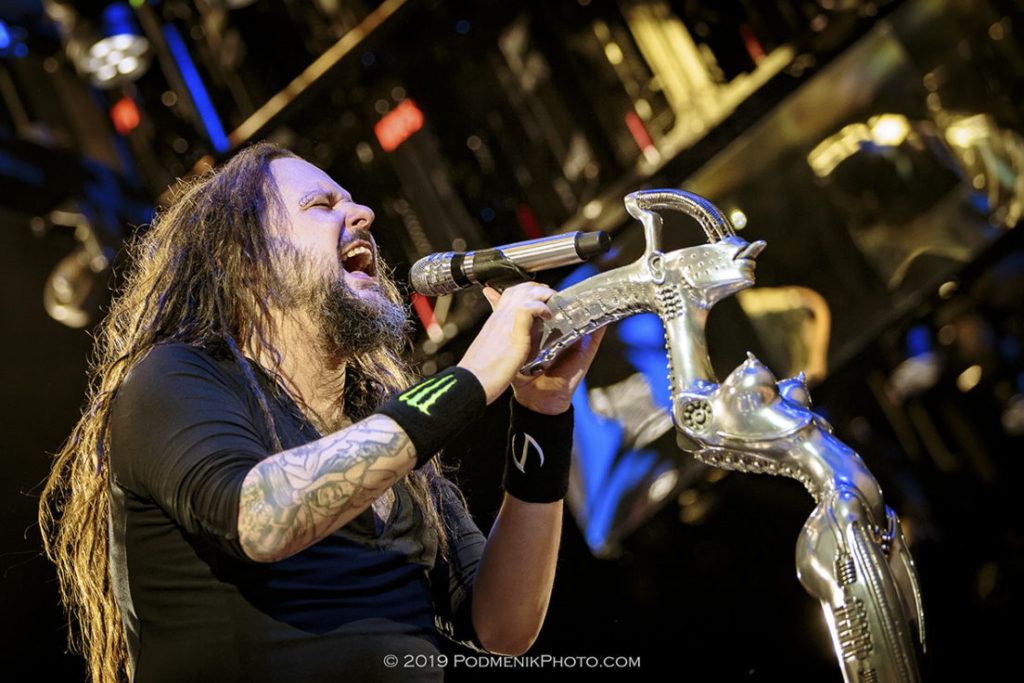 Korn’s innovative style fuses metal, hip hop, and funk with a frenetic urgency; the bassist slaps the groove into a dropdown in hit after hit while Jonathan Davis practically freestyles a rap and swings his locs. Not many metal bands utilize a kilted frontman playing bagpipes- “Shoots and Ladders,” or take a turn towards emulating Pink Floyd in “4U,” as part of the encore. Snippets of Metallica‘s “One” and Queen‘s “We Will Rock You” were slipped into the set, which also included “Got the Life,” “Freak on a Leash,” and other huge hits that put Korn on the musical map and influenced later bands such as Slipknot and Limp Bizkit.