Sunrise, FL — With acts like B2K, TLC, and Nelly selling out arenas across the country, the current wave of ’90s nostalgia appears to be at its peak.  While many of these acts have been missing from the radio for most of the last almost two decades, one music group had successfully navigated the waters of transitioning from TRL fodder to successful adult contemporary act. The Backstreet Boys brought their sold-out “DNA World Tour” to South Florida this past Friday in support of their ninth studio album of the same name.  It was if the weather gave way for this event, as there was no rain on this warm South Florida evening.  Fans of all ages made their way to the BB&T Center for a chance to see their childhood crushes in action. This tour marked 26 years since the native Floridians came together in Orlando to form the legendary group that would leave a lasting impact on pop music history. 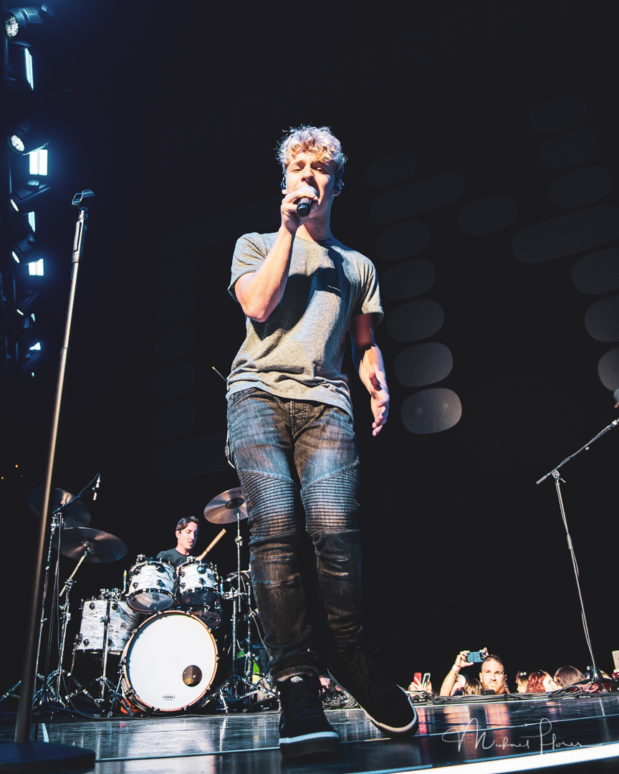 The opening act was none other than Brian Littrell’s 16-year old son, Baylee.  He kicked off the night with a short but catchy 5-song set.  Promoting his singles “We Run This Beach” and “Boxes,” Baylee Littrell’s fusion of pop and country sounded as youthful as his looks.  With a Broadway credit already under his belt, young Baylee is working on new material for his debut album while hitting the road with his old man.  I look forward to hearing more from this promising country artist. 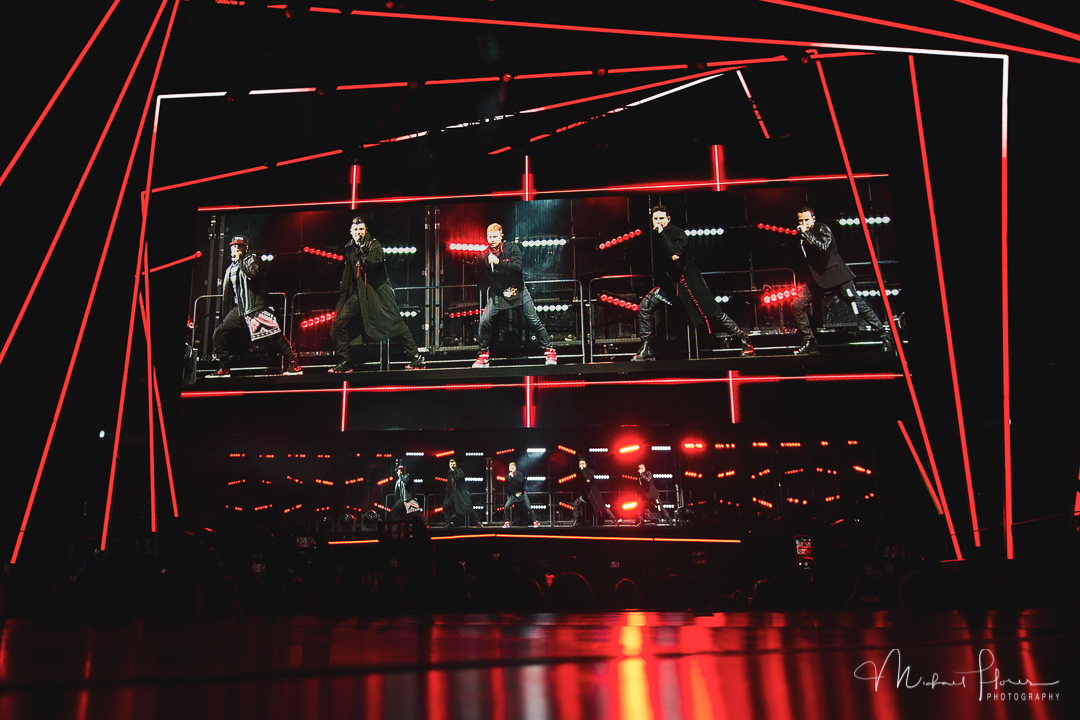 Anticipation was growing as the audience eagerly awaited the Backstreet Boys to take the stage.  The “Larger Than Life” production set the tone for what was to come for the rest of the night. The cheers coming from the crowd were deafening as a giant flash of light emerged from the stage. Graphics showcasing the group’s name and flashing album titles gave way to images of each  member before the screen rose to reveal them on pedestals. The Backstreet Boys kicked off their 33-song set with the first verse of “Everyone” from their number one album, Black & Blue. The crowd went wild.

With their coordinated costumes and their synchronized dance moves, The Backstreet Boys kept the crowd going and the energy high. There was not a moment where the crowd wasn’t on their feet, singing along, dancing and clapping to their favorite hit songs. As the show progressed, each member had the chance to do a solo performance, and it was interesting to see what each individual brought to the whole of the group. 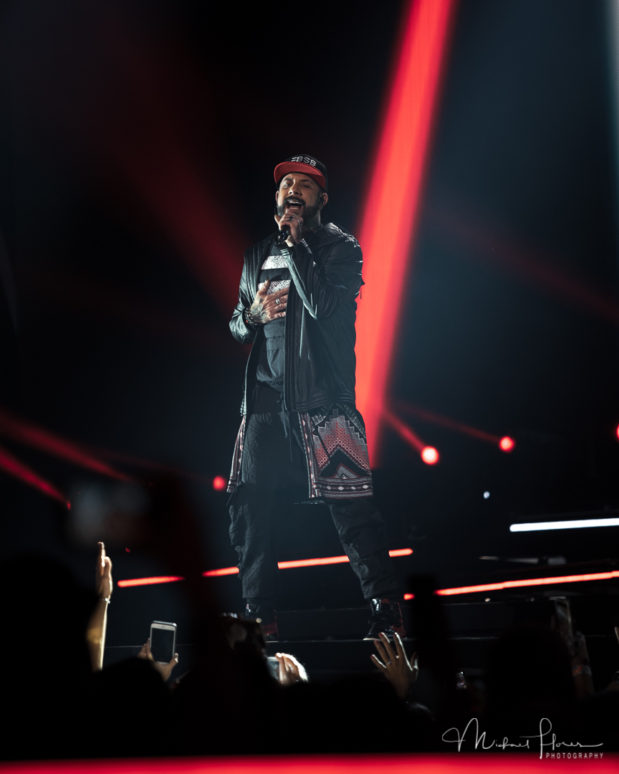 BSB effortlessly blended the new and old, squeezing in hits like “Show Me the Meaning of Being Lonely” in between new songs “Chateau” and “Chances.”  The carefully crafted setlist was heavy on new material, but it was well received by fans.  After all, DNA debuted at number one, the third in their career and first in almost 20 years. (It actually holds the record for being the best-selling album of 2019 based on pure sales.)

Tracks from all nine studio albums were brought to life during the almost two-hour show.  The main portion of the show winded down with the fan favorite, “The One,” and the Grammy nominated “I Want It That Way.”  The boys returned for a two-song encore, closing out the show with aptly titled “Larger than Life.” 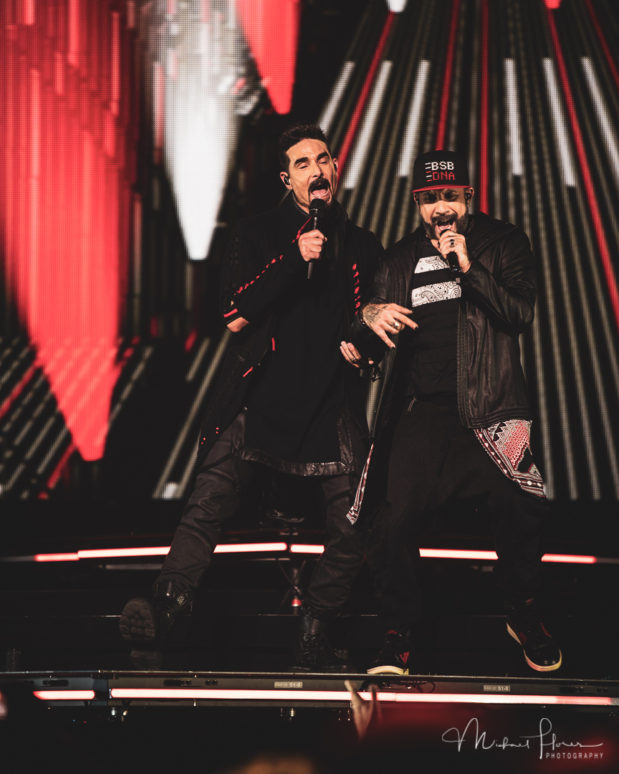 Fresh off their Las Vegas residency, which holds the record for the fastest selling Vegas residency in history, the Backstreet Boys have embarked on an 84-date worldwide tour across four continents.  I highly recommend trying to catch them as part of the DNA World Tour if you are looking to relive fond moments of your youth, or if you are simply a fan of solid pop music. The Backstreet Boys has something to offer everyone.