VIRGINIA BEACH, VA: A stacked rocking line up hit Virginia Beach on Wednesday night, giving the audience bang for their concert buck. Paving the way on the stage was young and electric Diamante, out to garner exposure for her brand, a hard and modern-edged music similar to that of Halestorm. Multicultural and multilingual, she pays tribute to her heritage with a nod to the Spanish “Diamante” and then her middle name (Azzura) with her bright blue hair. Her debut album Coming in Hot was released in 2018 and her six song set list included her largest hit to date, “Bite your Kiss.” Clothed in skin tight black leggings and spikes, she was a bold force. 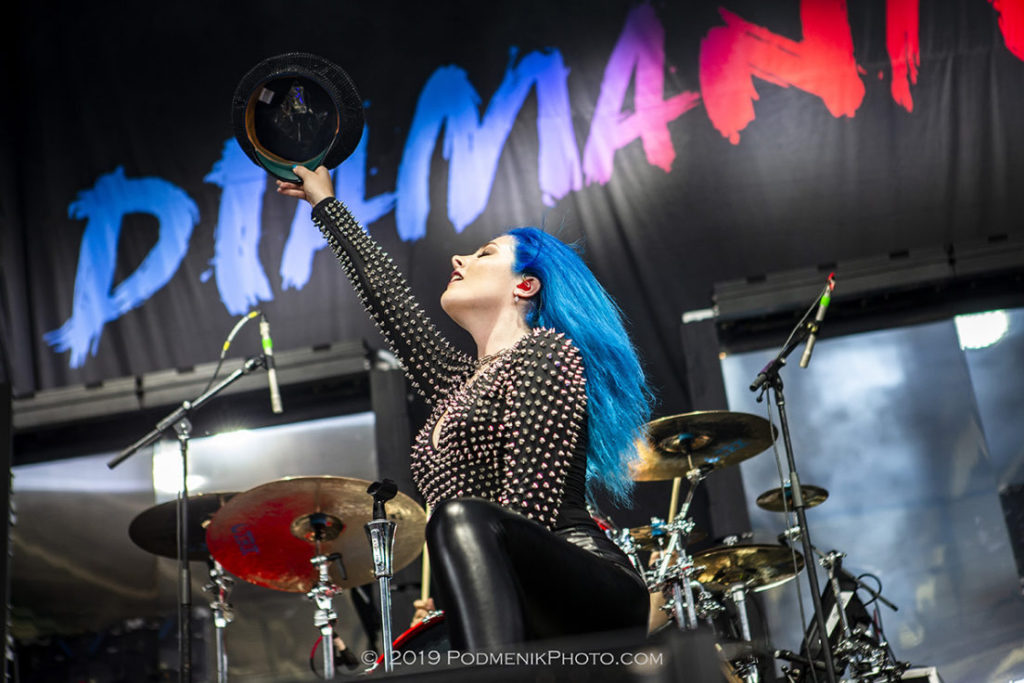 Another female artist graced the stage, with an unmistakable earthiness in her vocals, an air of wisdom and knowledge, and a flawless countenance. Dorothy is the truth, a person whose talent and presence hearkens back memories of rockers back in the day such as Grace Slick. Using her songwriting talents in 28 Days in the Valley as a cathartic release, she brings the listener on her personal journey of growth. The blues are the roots that anchor rock, and she is that root. 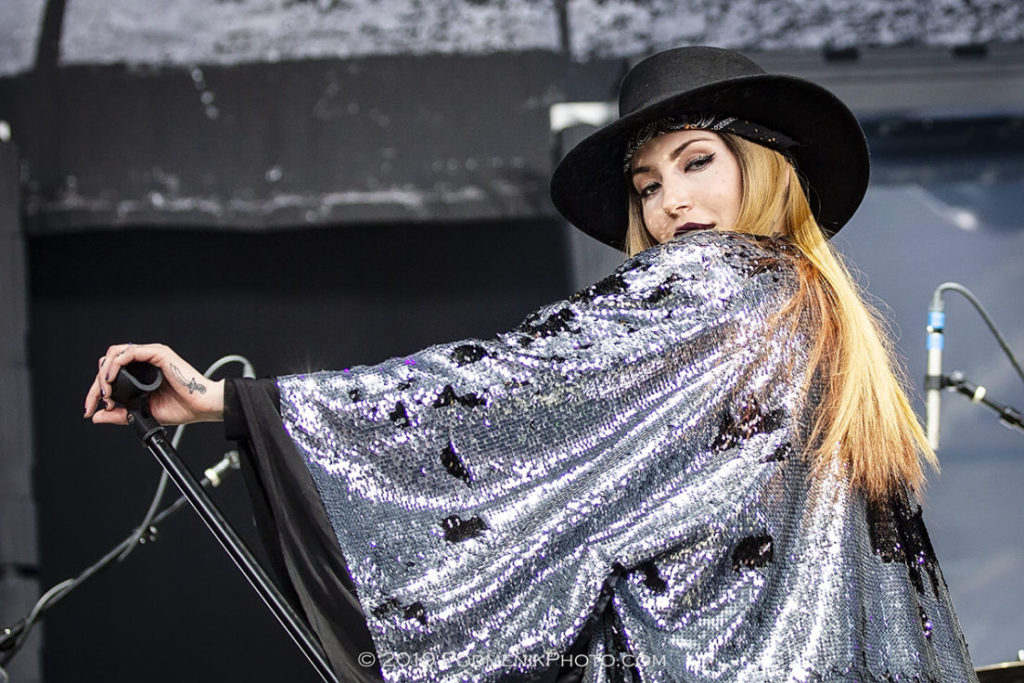 Canada’s Three Days Grace followed with their harder edged sound, featuring new lead singer Matt Walst, younger brother of bassist Brad Walst. The vocalist change up did not slow the band down as Three Days Grace continued releasing albums and an uninterrupted string of #1 hits. Sixth album Outsider‘s single “The Mountain” spearheaded the set list, which also included their break through hit, “I Hate Everything About You.” Matt Walst’s performance was dark and intense as he climbed down onto the speaker cabinets to get closer to the audience, wild eyed and fierce. 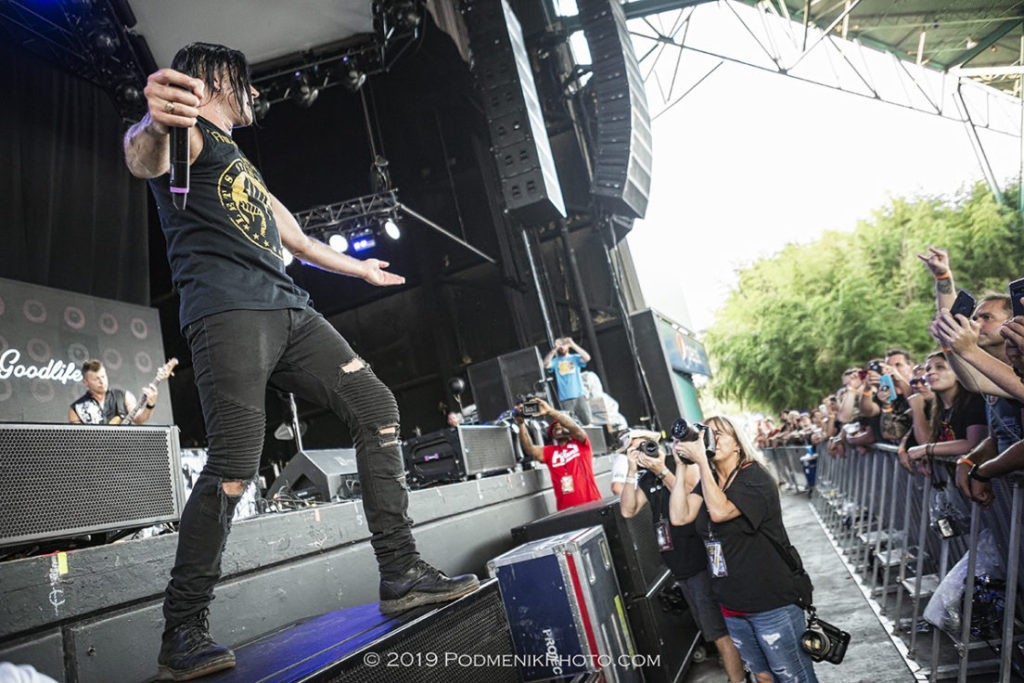 There is a certain pure, catchy and straightforward aesthetic with Chevelle, a name inspired by the band’s love for fast vehicles. Originally formed as a group of brothers, the three members (Pete Loeffler, Sam Loeffler, and now Dean Bernardini) have a big sound that delves deep into a pleading introspective honesty in the lyrics. Performing on a dark stage kept all focus on the intensity of the music. 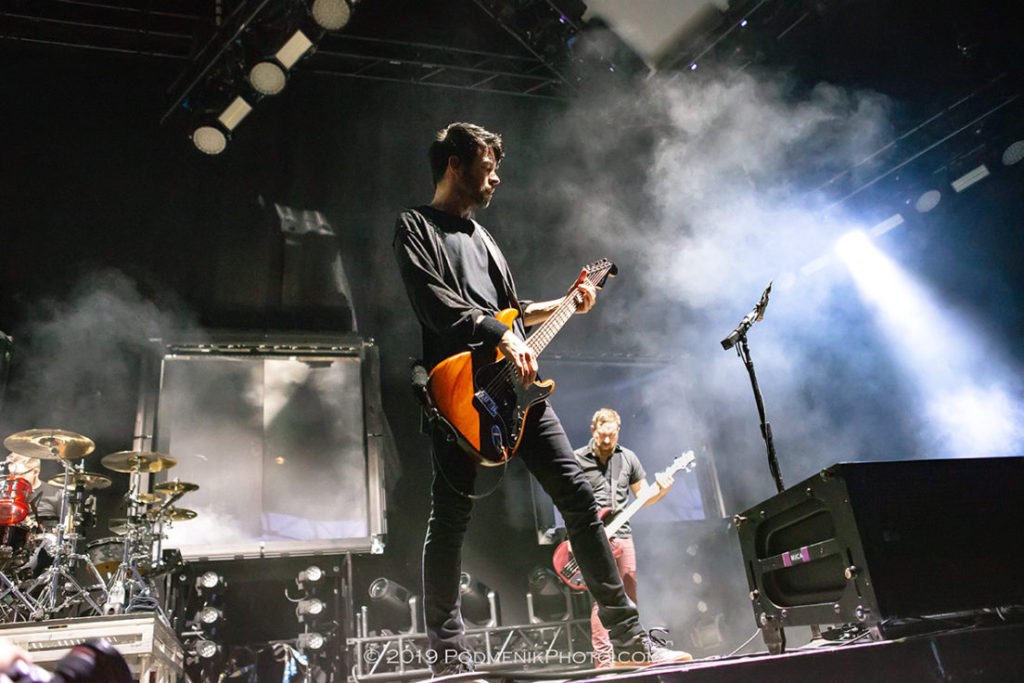 Headliner Breaking Benjamin opened their set with a dramatic curtain drop, initiating with 2016 Ember‘s lead single “Red Cold River.” A similarity reveals itself among this night’s line up, as all the bands lyrics draw inspiration from deeply felt and universal themes such as pain, frustration, and despair, among others. Benjamin Burnley uses his own experiences ranging from a publicly acknowledged bout with alcohol addiction and a current situation with unrelenting health issues to vent a never ending personal and physical pressure. The show was accented with dramatic pyrotechnics, but a softer side was revealed when Burnley pulled a young boy onstage to sing with him. 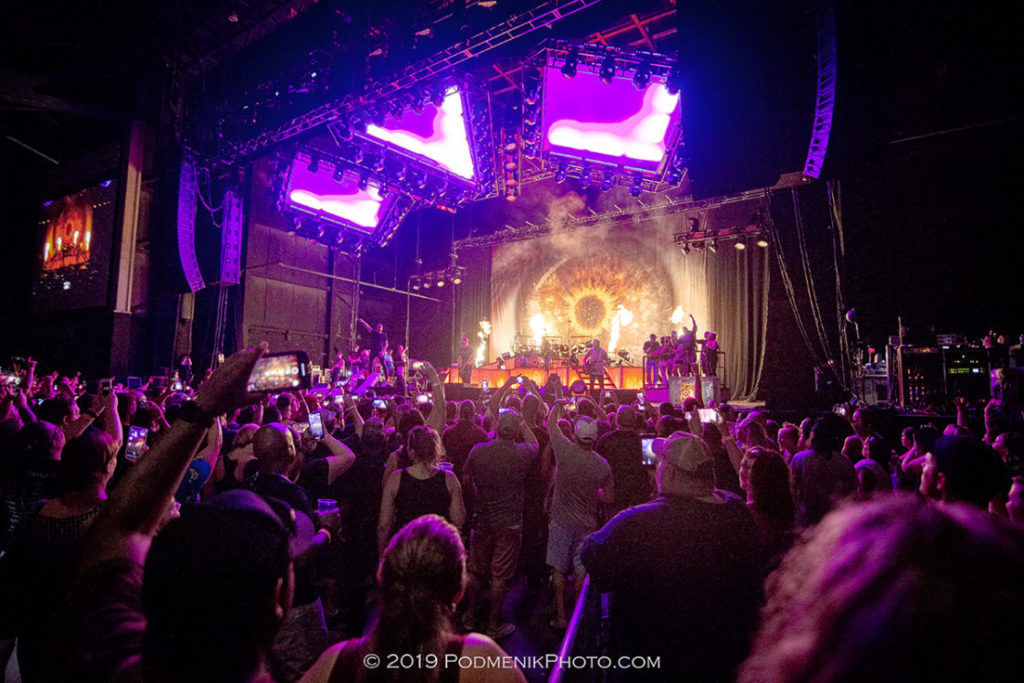 The crowd screamed with excitement as the incredible 17 song set was split in the middle with a mash up of covers, the band bursting into tunes such as “Enter Sandman” and Bulls on Parade,” among others. This is a fantastic show; catch the tour dates at this website: