Chicago, IL — Imagine the Gorillaz met Blink 182 and they had a baby. Then that baby grew up and became a rowdy British punk rocker… That combination of musical genres would give you the band known as Sad Night Dynamite. The duo consists of two childhood friends Archie and Josh who grew up in a small town outside of Glastonbury. While attending separate colleges the pair started sending lyrics and musical files to each other. They had no game plan and no set style in mind. They just wanted to make good and interesting music. With that simple idea, Sad Night Dynamite was created.
The band got booked to play Lincoln Hall in Chicago on the night before Thanksgiving. Being booked the night before Thanksgiving is a gamble in the United States as it’s wrapped in family time. However, for two lads from England, Thanksgiving is just another night. When we first arrived at the show, the crowd was slightly bare with what appeared to be regular Lincoln Park types hanging out at the bar. This was my first time seeing SND and I assumed from the current gathering that this would be a typical show. Well, I’m happy to say that this show was anything but typical. I’d go as far as to say this was the least typical show I’ve ever seen… Ever.
As the crowd began to form around me I started to notice the extreme diversity of the attendees. You had goth kids, jocks, cheerleaders, parents, alt kids, and the normies. It was very much like a high school cafeteria except everyone was getting along and on one major vibe. They were all sitting at the same Sad Night Dynamite table and dinner was about to be served.

The band came out to a hungry raucous crowd. The first thing I noticed was that Josh had a large megaphone in his hand. This wasn’t a complete perplexity as I’ve seen bands in the past that have used a megaphone to yell at the crowd or chime in on a song. What was surprising was that Josh was about to use this megaphone for a majority of the songs. It’s not like he sang through it the entire time but it was an ever present thought throughout the show.

Between the songs, the boys would crack jokes and interact with the crowd. Then at one point, Archie states that he’s going to get in the crowd for the next song and he wants the crowd to “fuck him up.” Apparently, I wasn’t the only person who didn’t know how to take this statement. What did he mean by “fuck me up?” Well, Archie gets in the crowd and starts to whip them into a frenzy. He starts the song and people start to dance around him. A few bars into the song Archie stops the music and asks the crowd “what their problem was?” He said “I thought I told you to fuck me up?’ This time without question the crowd understood what he was asking for. Archie starts up the song and the entire floor turned into a respectful dance mosh pit. I say respectful because it wasn’t a violent mosh pit where people were punching and kicking each other. It was more of a dance pit where people were smashing into each other.

Now that Archie has gotten the crowd all riled up and has taken a bit of a beating, he gets back on stage. The song ends and the band addresses the crowd again and then the lights dim. The band takes a complete 180 and goes into a much more downtempo and chill song. The only lighting on stage is two spotlights for Josh and Archie. This of course catches the crowd off guard and takes them from the high of a mosh pit to the lull of a warm bath. What came next was another epic high with Josh ripping off his shirt and jumping into the crowd. Just like that another mosh pit was in full effect. It was a constant stream of riding the roller coaster of musical highs and lows with a little bit of comedy mixed in.

I liked that I never knew what was coming next. It took the idea of a traditional show flipped it upside down and dropped it on its head. Their show is how I envision the band looking at their career and life. It’s just two friends up on stage having the times of their life with no real plan. It’s just pure enjoyment doing what you love and being surrounded by those that love what you do. That’s all that anyone can ask out of life and what makes a Sad Night Dynamite show so amazingly fun. It’s a mishmash of musical genres, energy, fun, and pure love. It’s refreshing to see something so different and entertaining.To find out more about this industry bending band check out their website https://www.sadnightdynamite.com 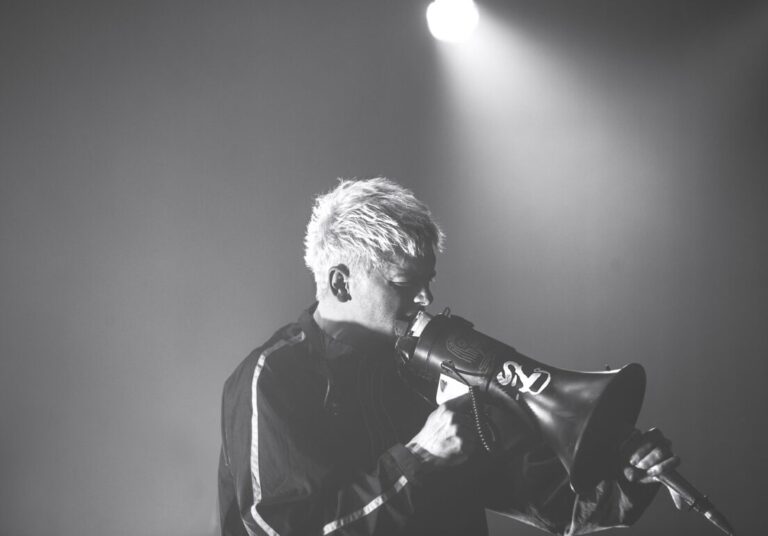 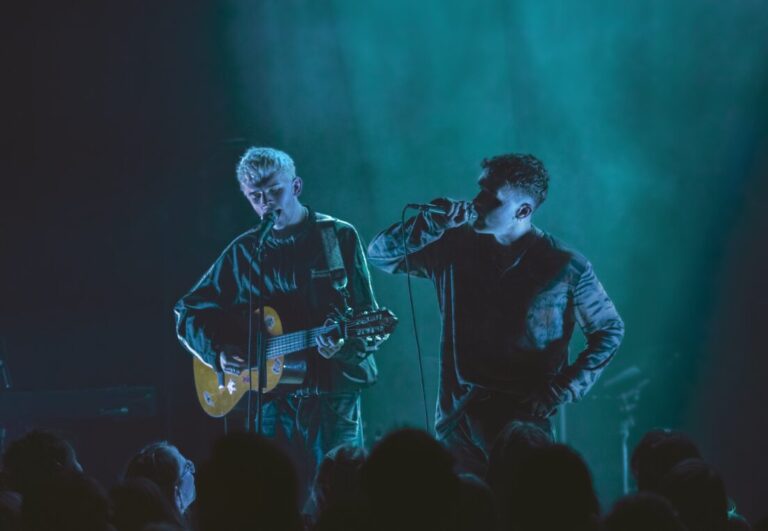 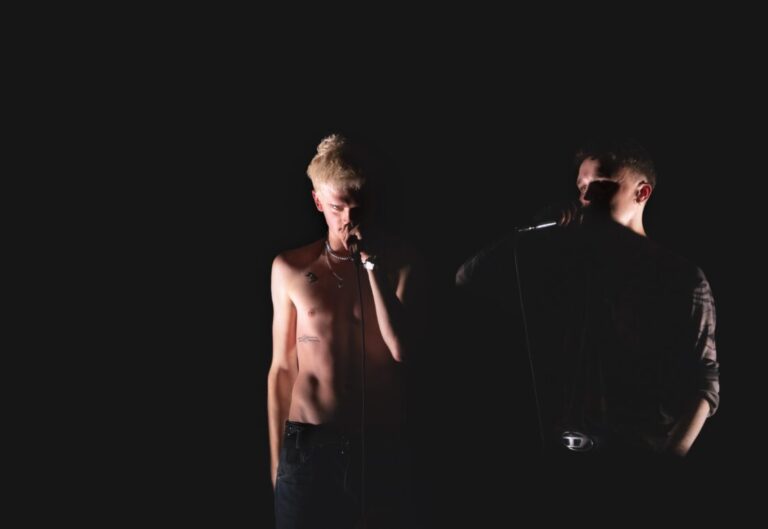 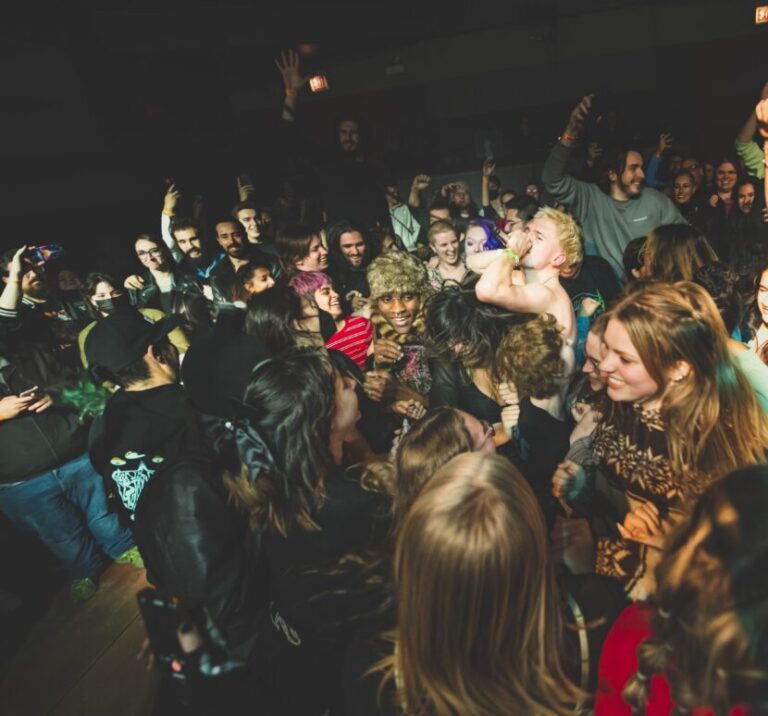 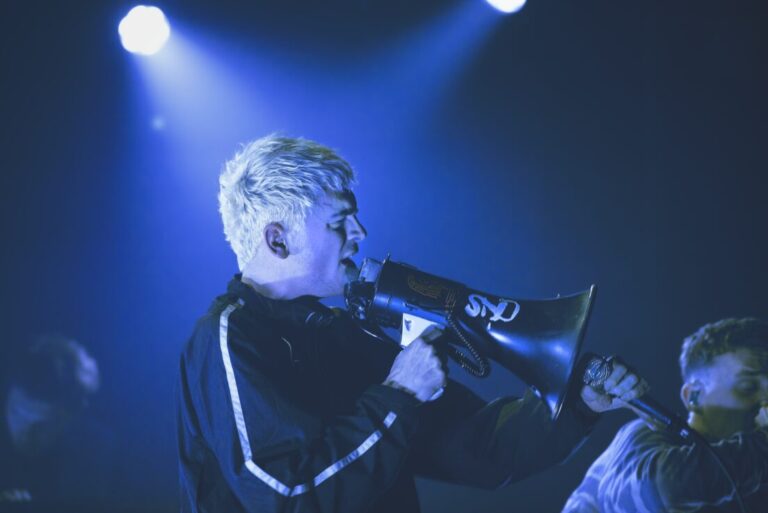