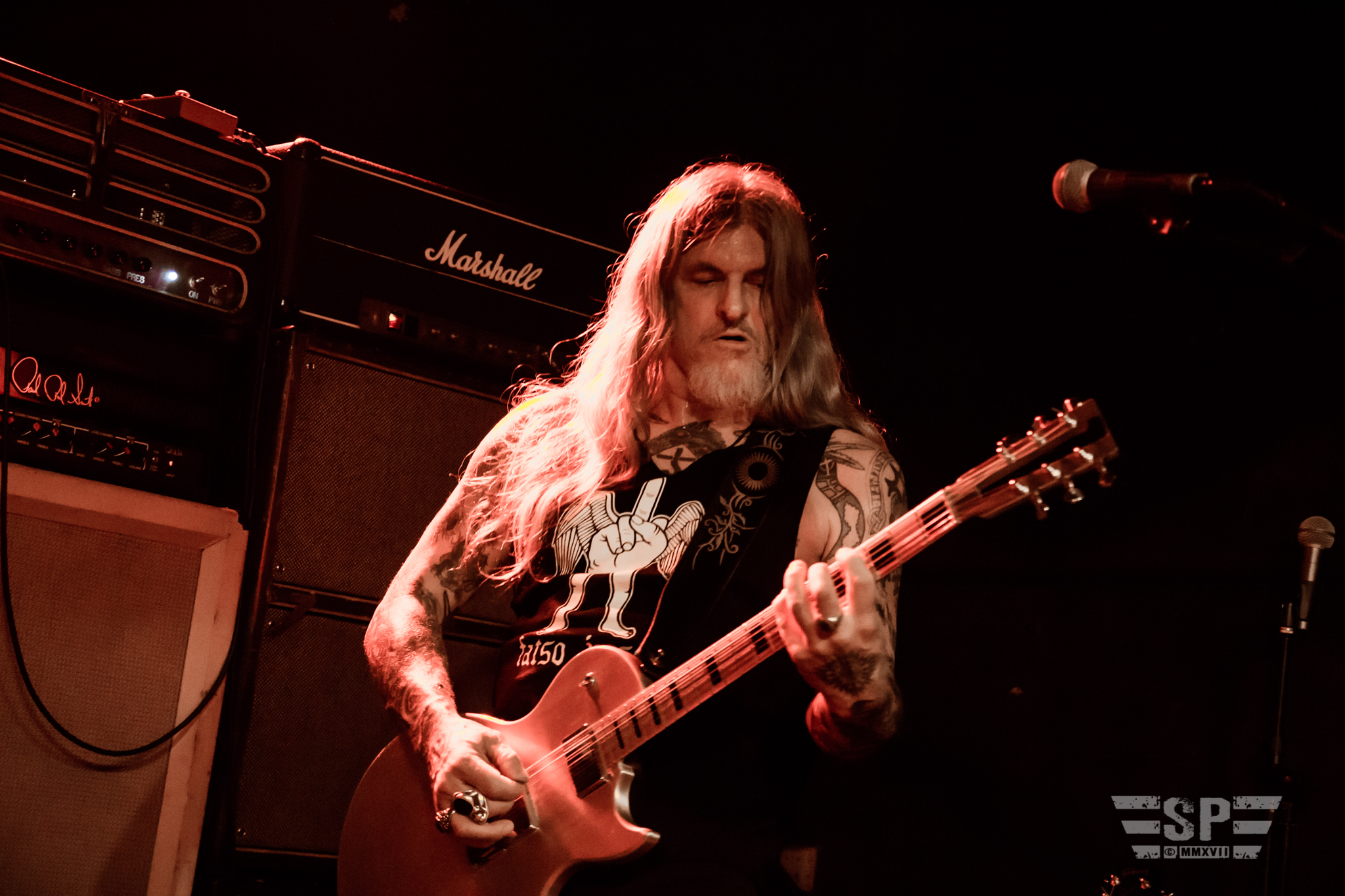 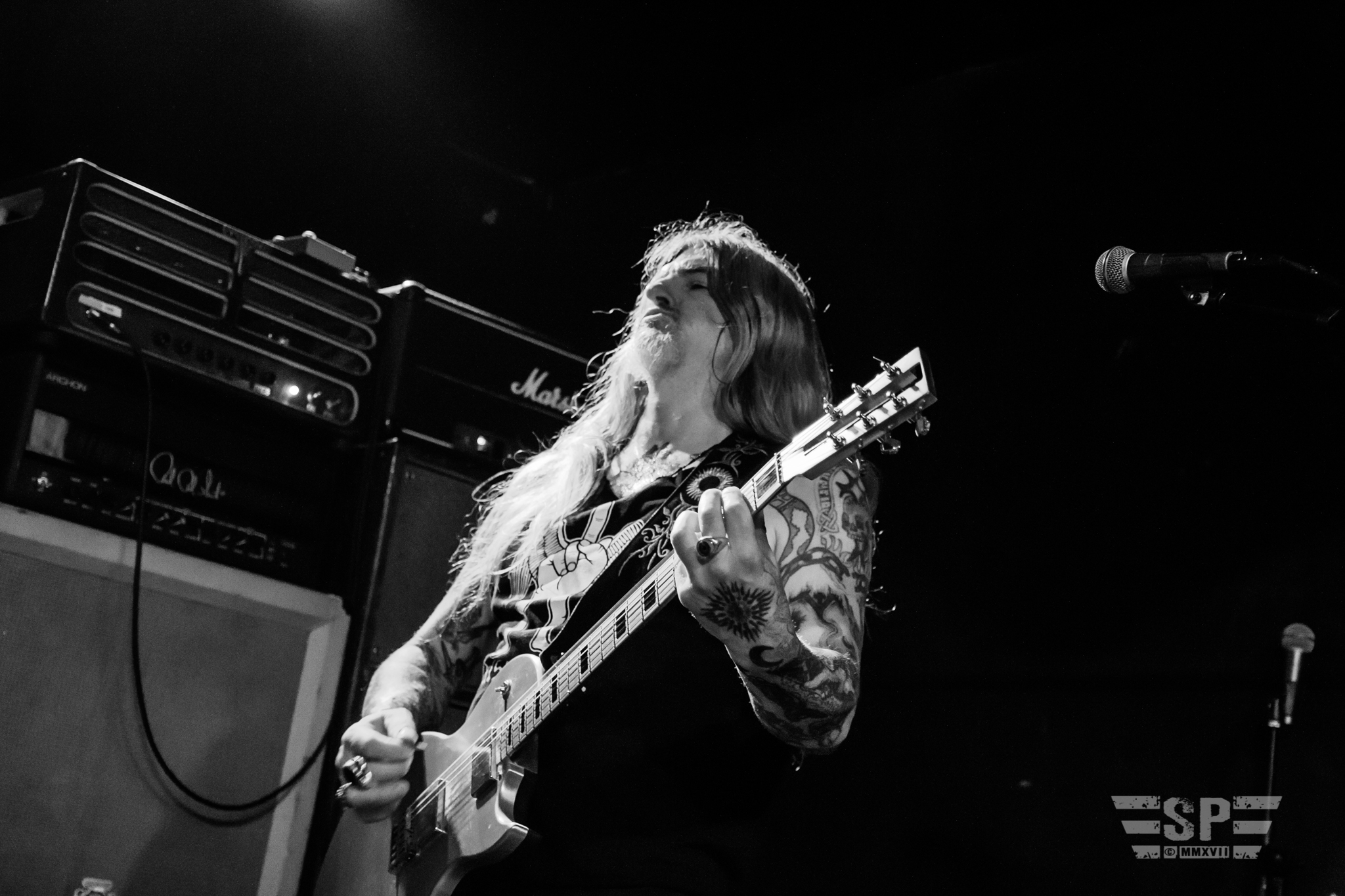 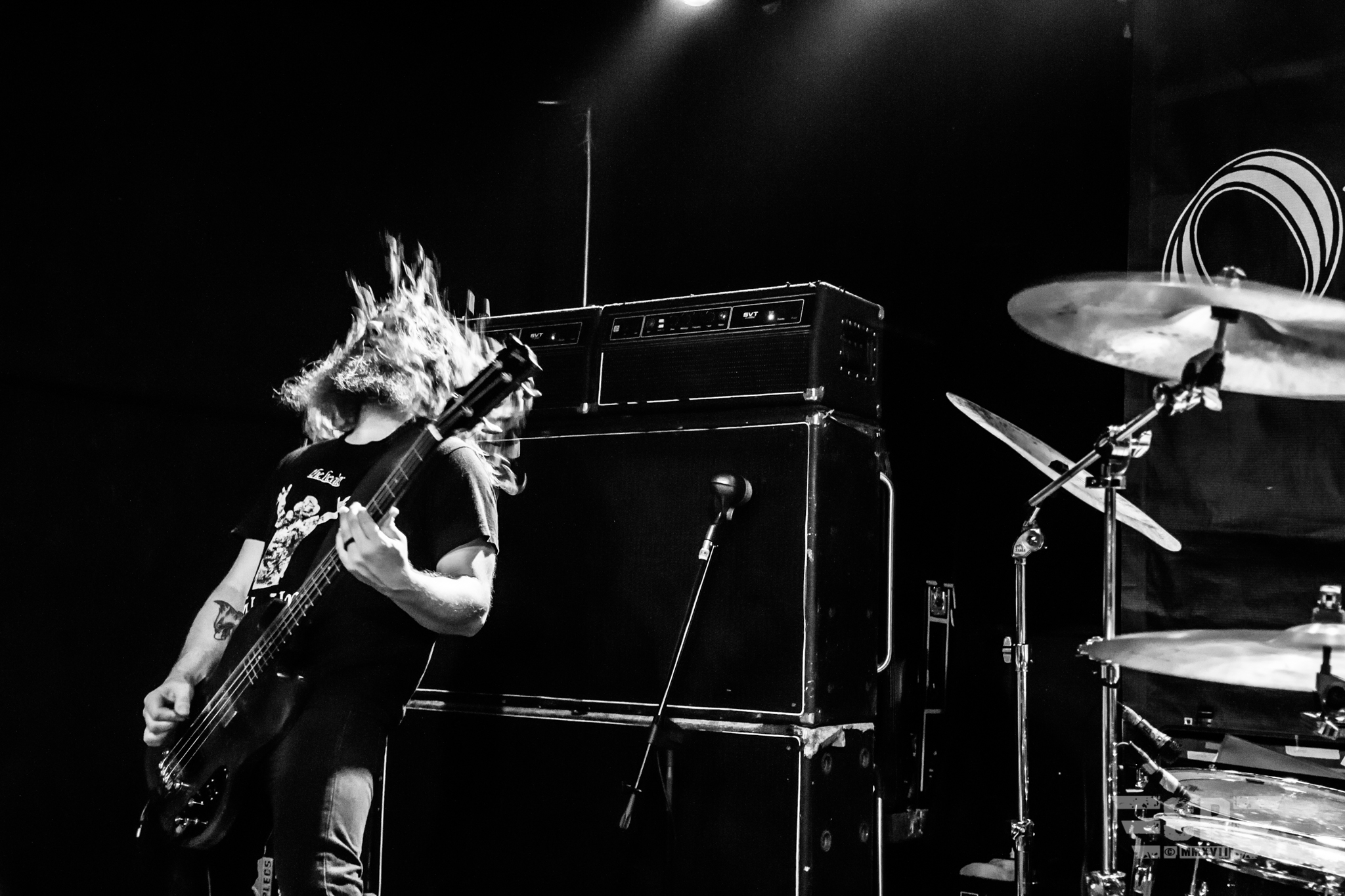 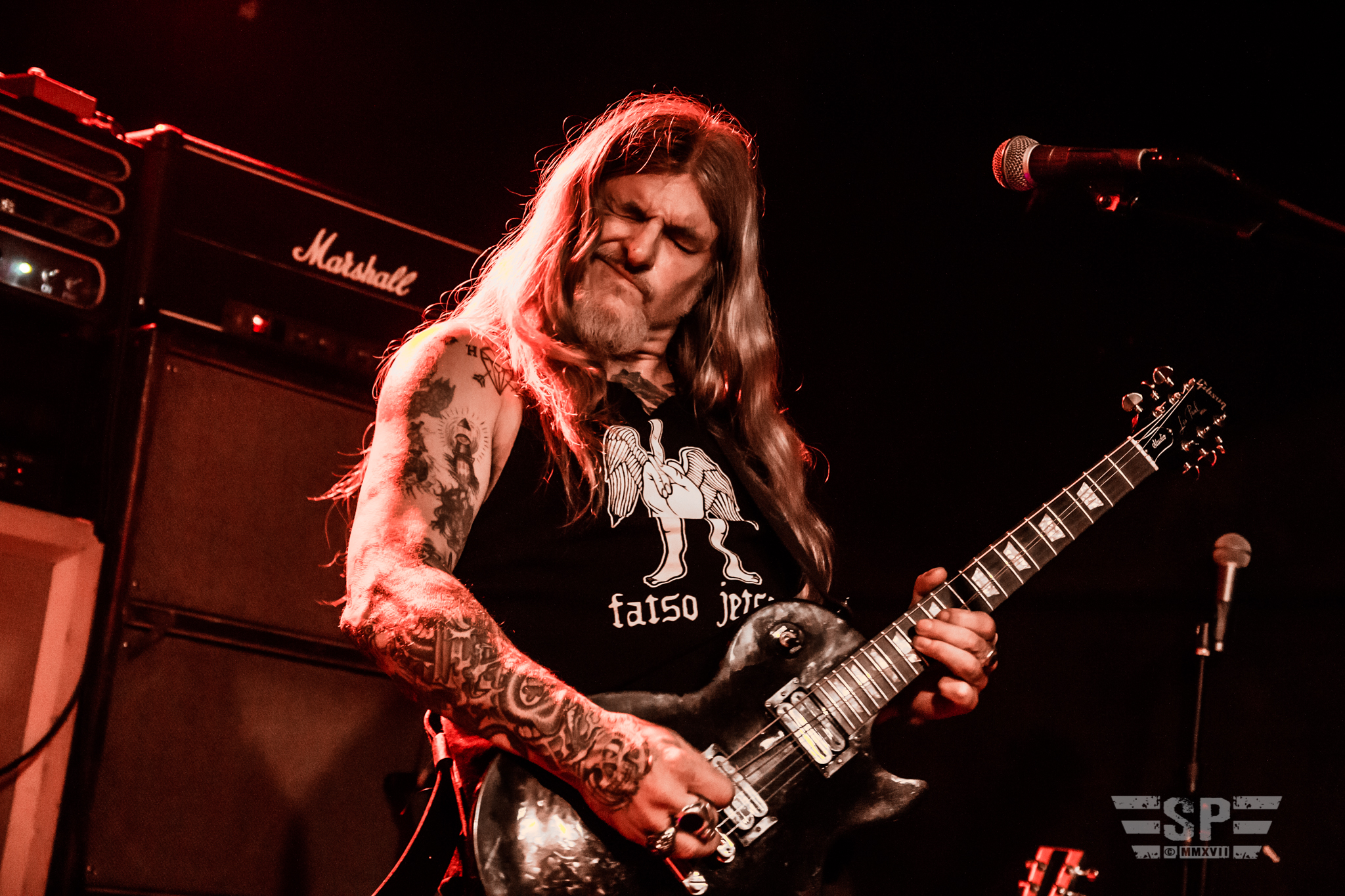 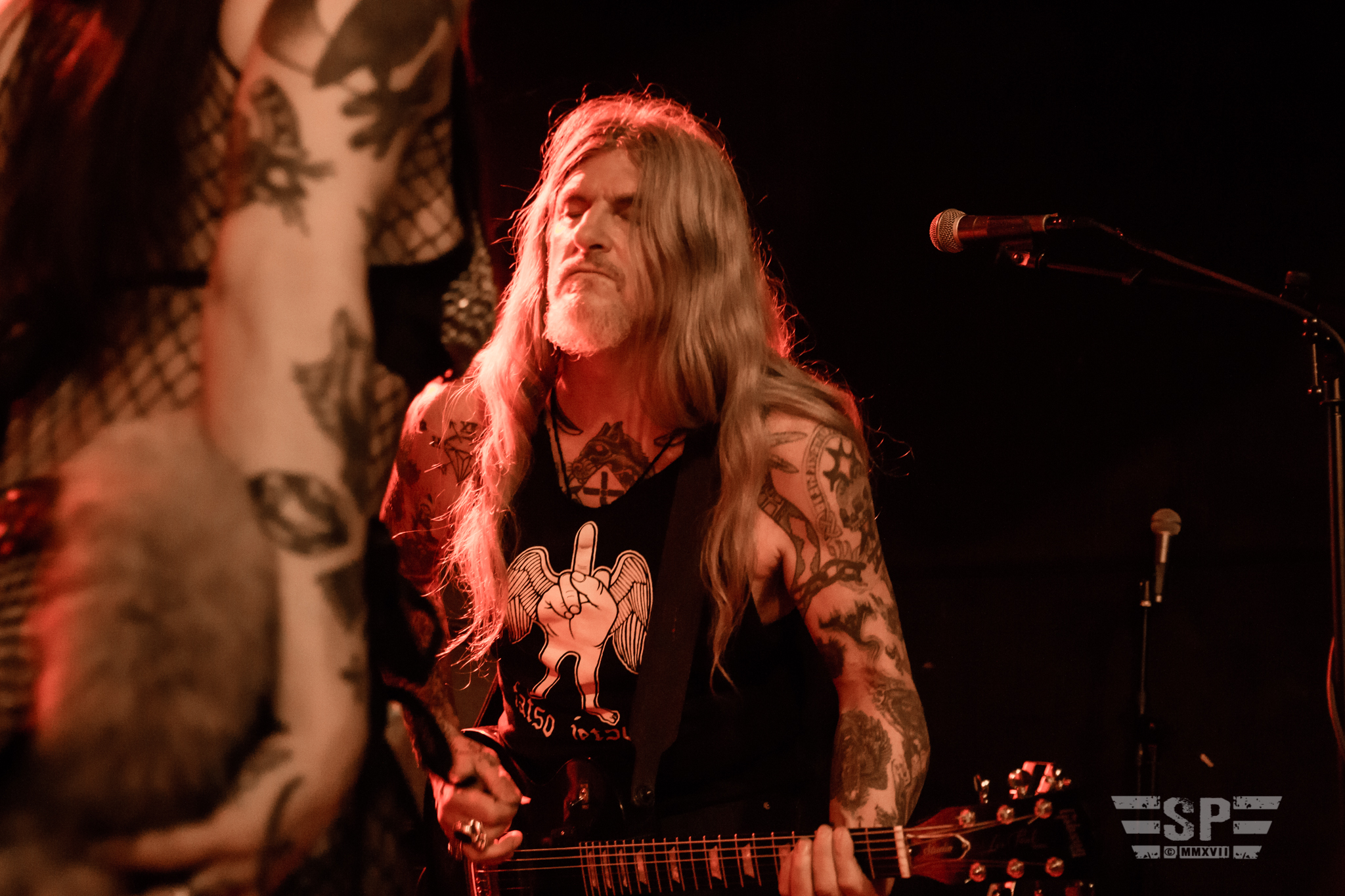 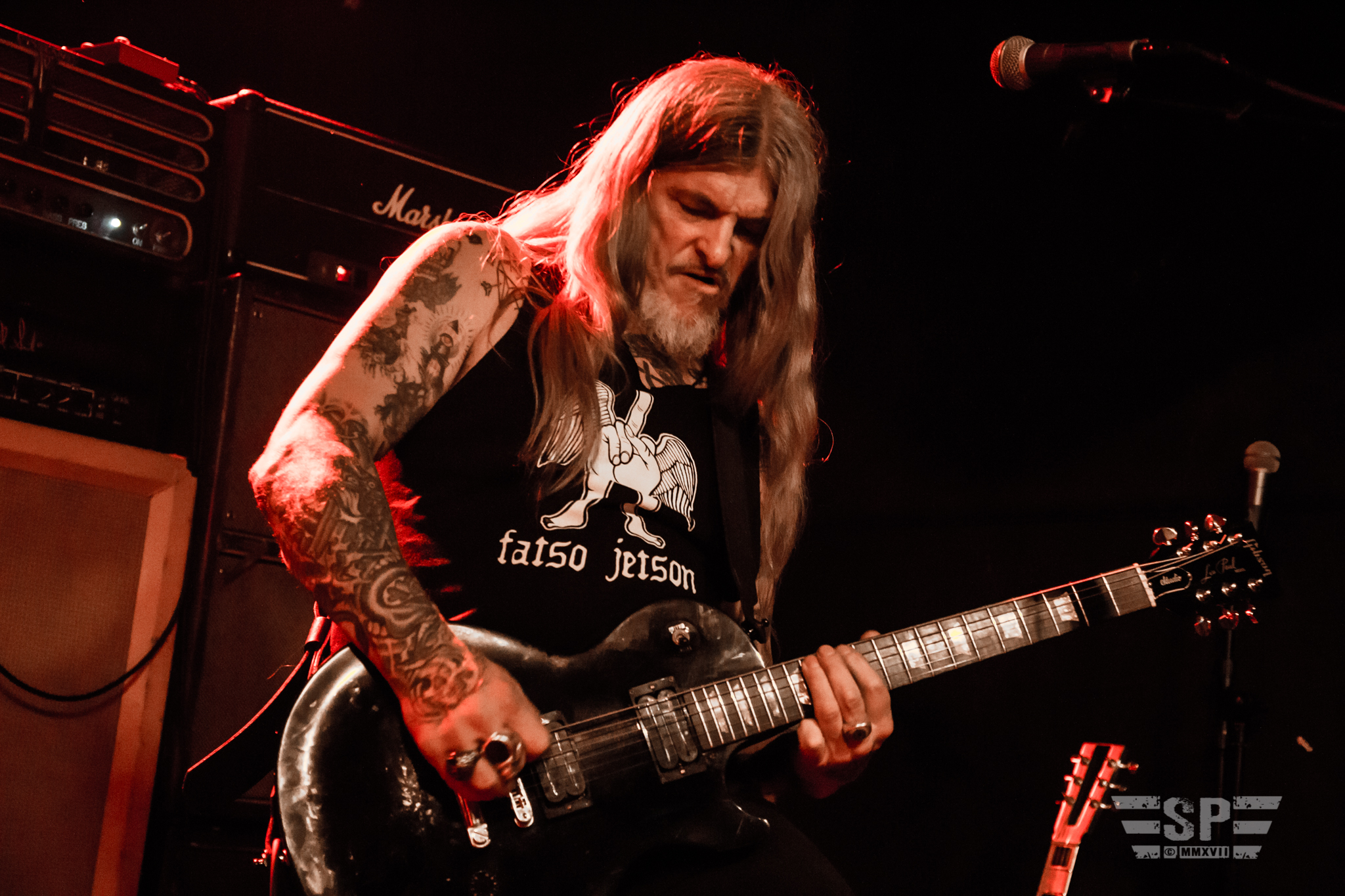 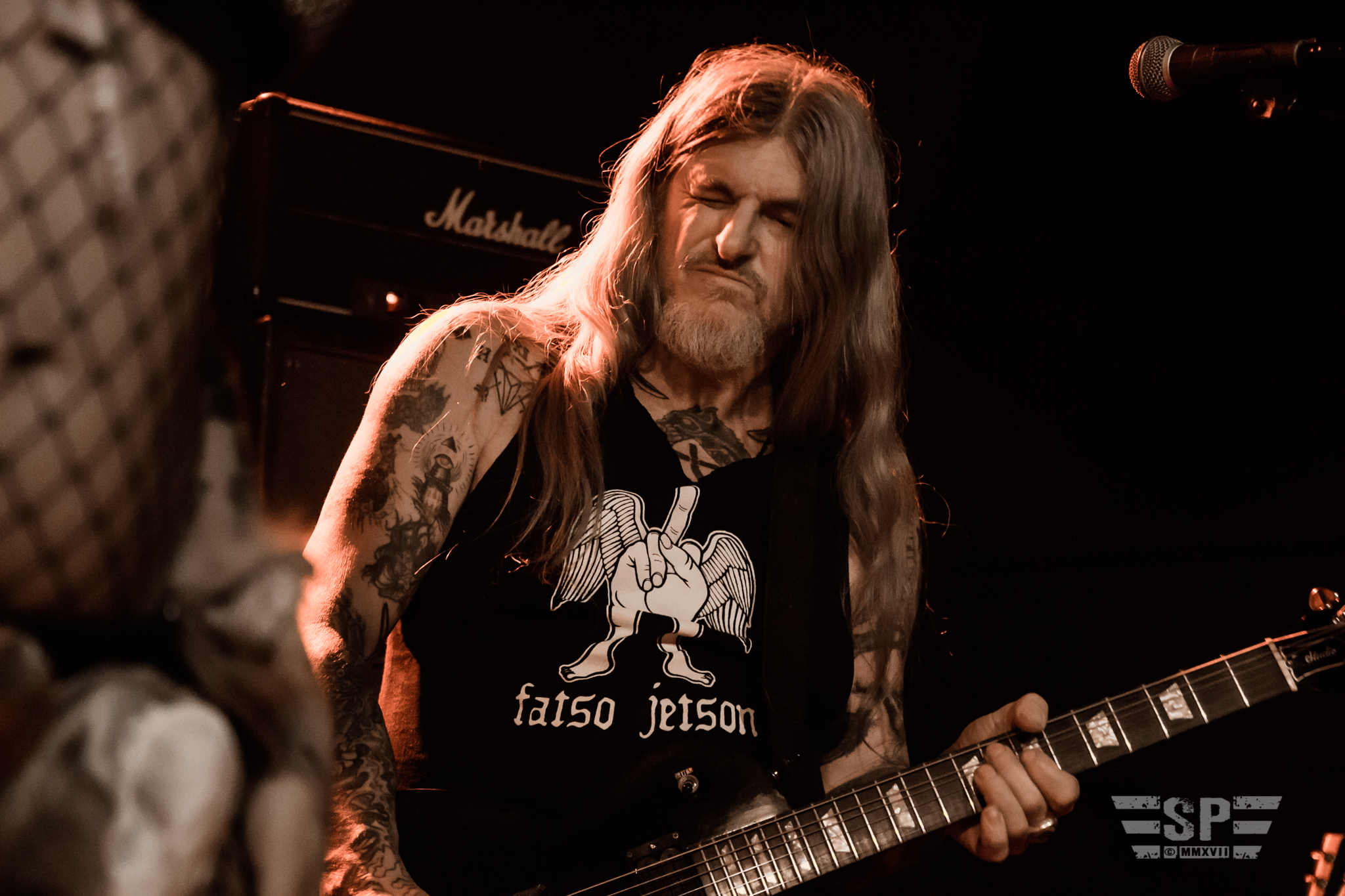 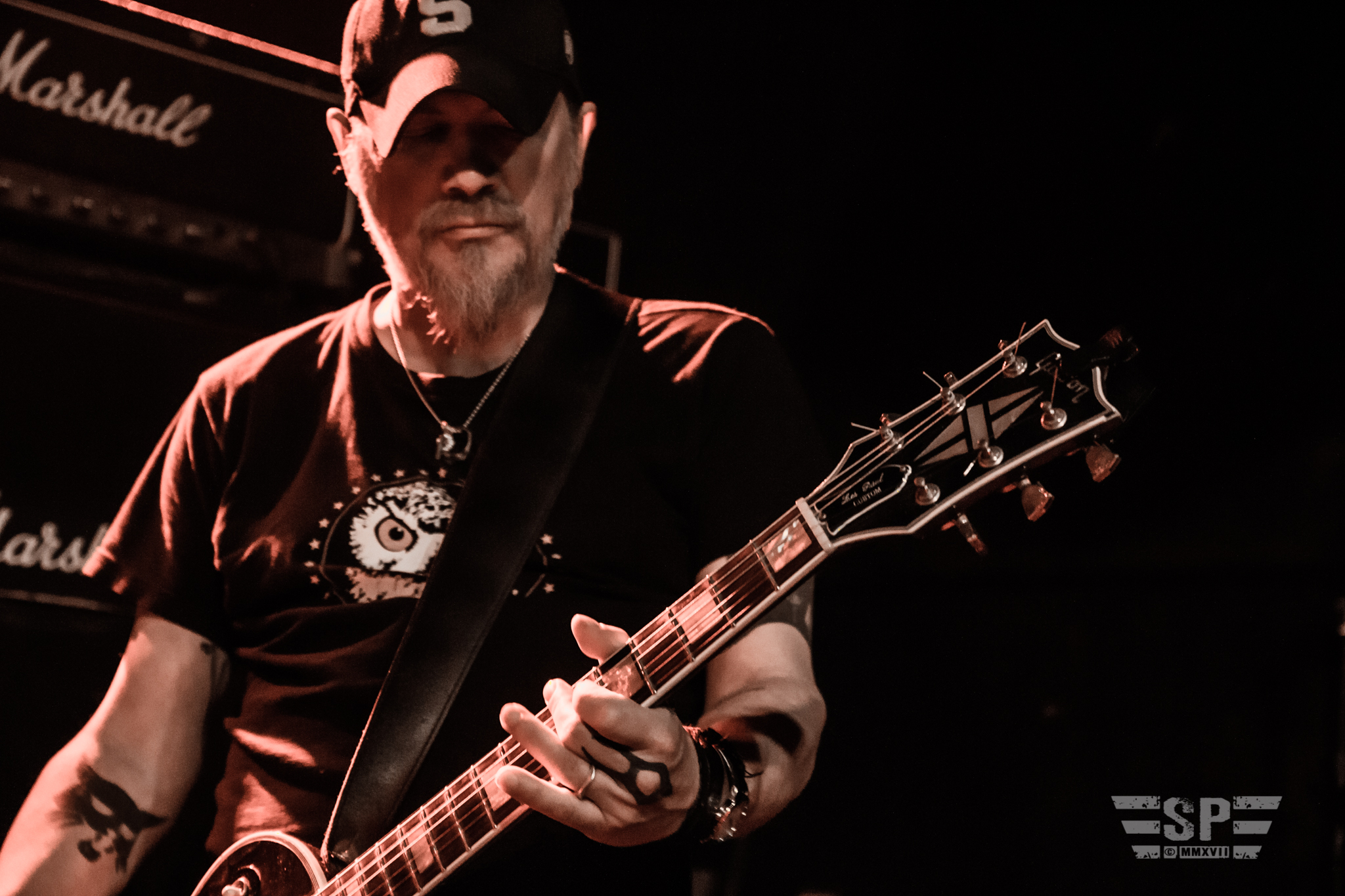 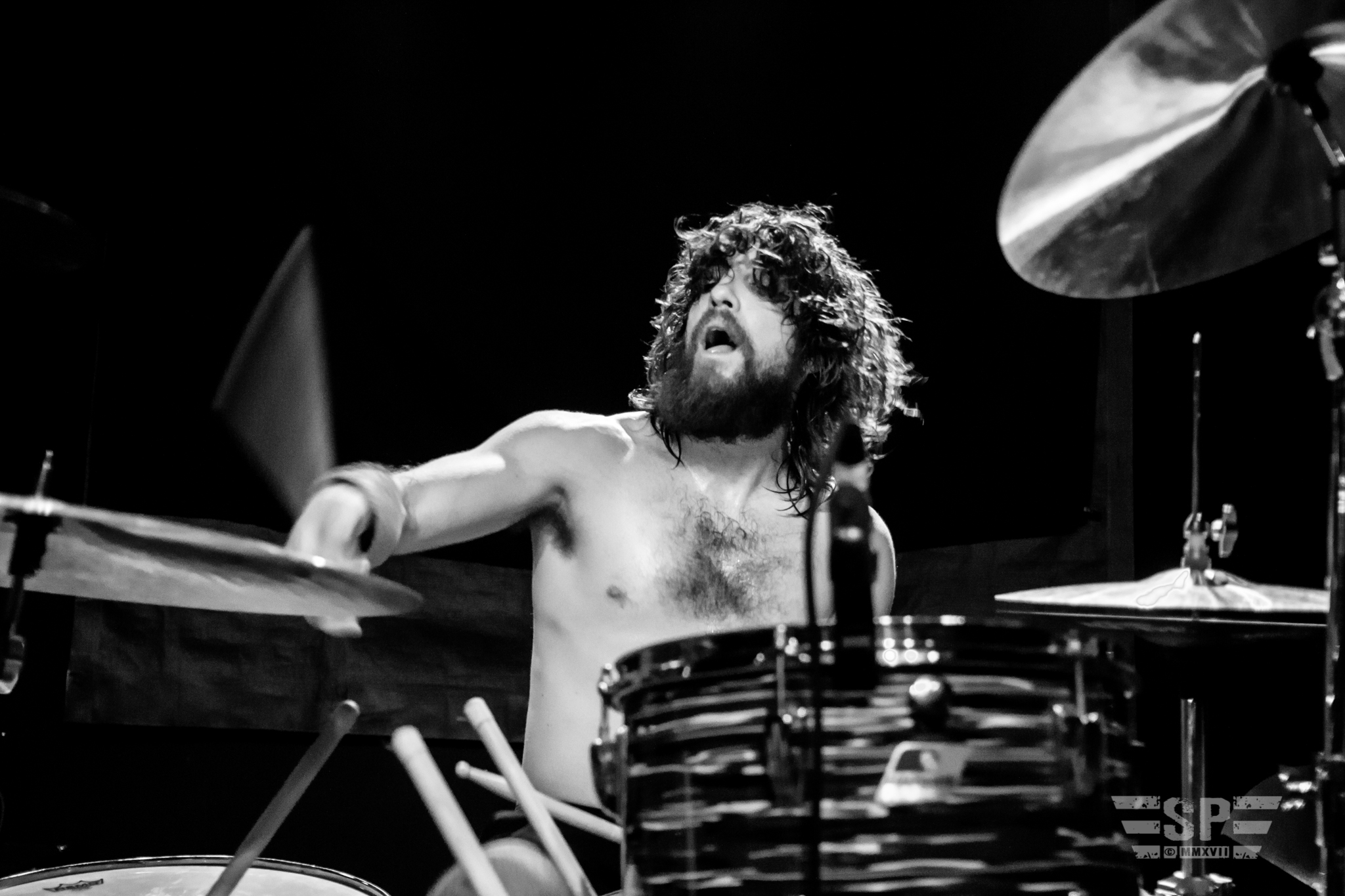 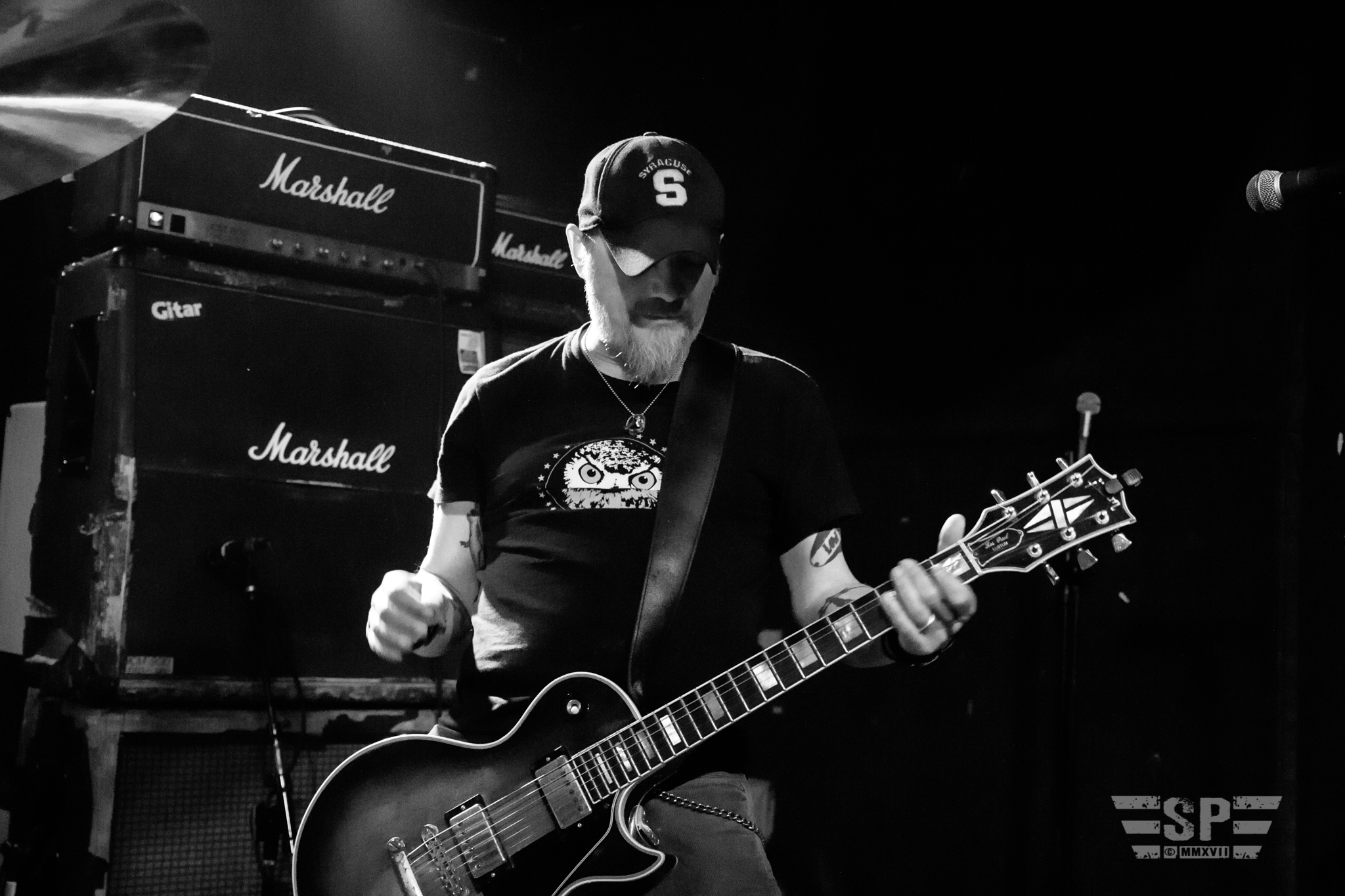 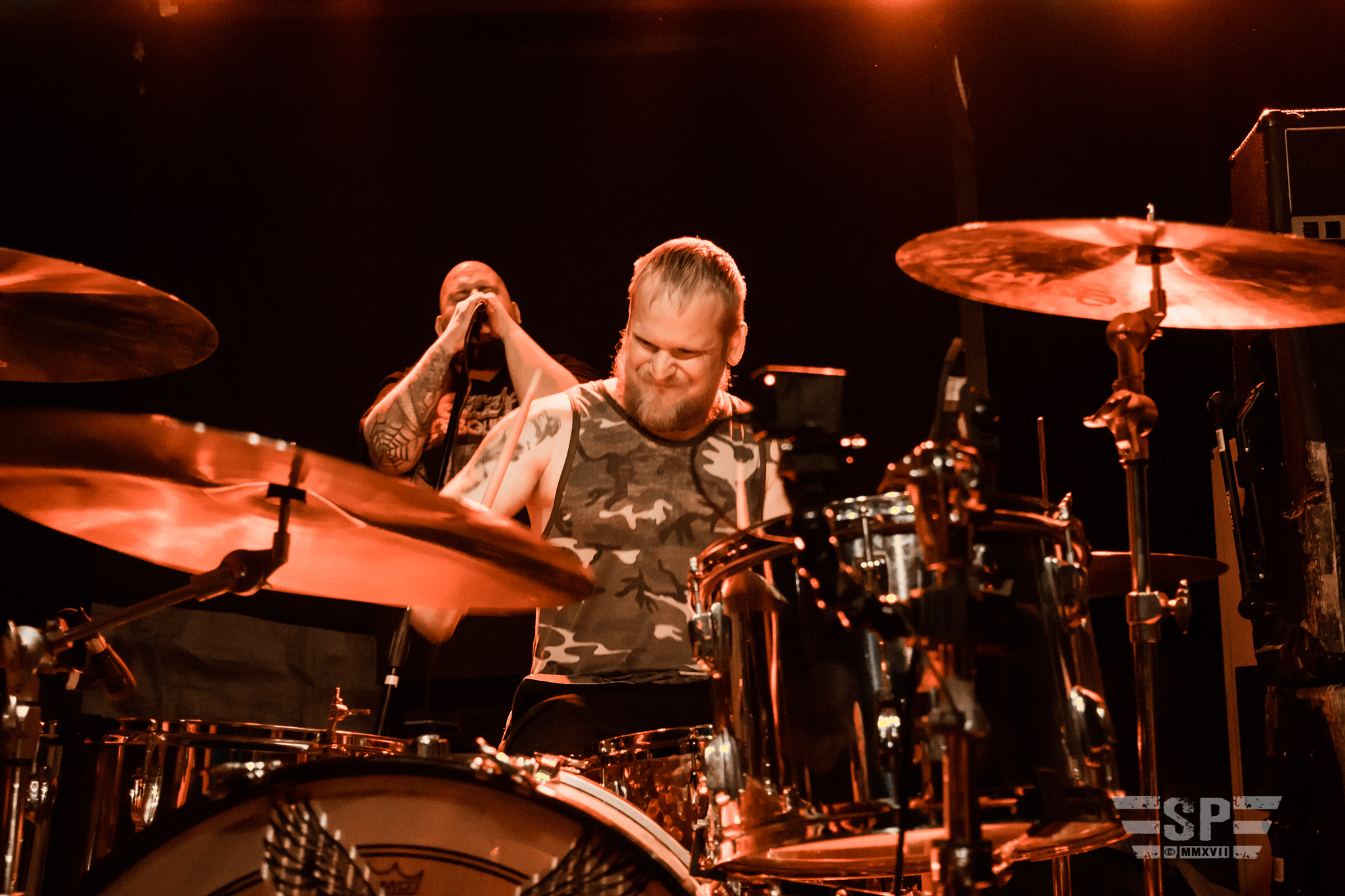 Just another typical night at Brooklyn’s own sanctuary for all that is deemed unholy, the depraved denizens of Saint Vitus were once again treated to a spectacular yet eclectic triple-threat performance that easily rivaled the massive rock star guitar god performing just across the river, whom which we shall not name for the sake of this article.

First taking the claustrophobic yet intimate stage was Ohio’s own, high energy stoner quartet, Lo Pan, who captured the hearts, minds, and souls of the room. Next up came a trio of authentic instrumental hillbillies straight from the mountains of West Virginia that traveled by the name of Karma to Burn. Their relentless assault of sophisticated instrumental arrangements unleashed upon the crazed denizens of Saint Vitus had only a significantly uplifting effect rather than their potentially intended nefarious intentions.

Headlining the night with little need for introduction, The Obsessed, under a brand new line-up, took the stage under the reins of veteran doom metal guitar hero, Scott “Wino” Weinrich. This is a man notoriously celebrated for his lengthy resume of legendary doom metal institutions by the likes of Shine, Spirit Caravan, Shrine Builder, and most importantly Saint Vitus (also the name of this venue), where he has dedicated most of his vocal efforts for nearly a decade. Being Wino’s original musical venture since the late 70’s, The Obsessed seems to represent his true musical persona as the grey-maned, sandpaper voiced elder doom god from Maryland in which we so graciously identify him. Recently re-formed following a rather lengthy hiatus of only about 20 years, Wino, along with the afore mentioned fresh three piece line-up didn’t appear to have any issues while performing the classic numbers or any new material from their recent release, Sacred (2017, Relapse Records).

The Obsessed unleashed a dose of new material from Sacred as expected, with tracks including the infectiously hooked “Razor Wire” to the simple and accessible punk inspired rhythms of “Be the Night,” down to the slow, crunching signature doom sound of “Sodden Jackal.” The band remains incredibly versatile and dynamic, refusing to fall under any specific genre. As a band that is dominantly driven by the eternally unstoppable force that is the guitar solo, Scott Wino boldly ignites and scorches the fretboard of his Les Paul, just as he has done night after night for his entire musical career. Backed by bassist Reid Raley, along with the heavy handed beats of drummer Brian Constantino, The Obsessed have maintained a sound and presence that has not only stood the test of decades in dormancy, but has transcended all bounds of an occasionally schizophrenic musical climate within the metal genre.

Judging by the massive energy level of tonight’s performance, combined with an impressive new record following a 20 year hibernation, one should have little doubt this will be the last of The Obsessed. Even if it takes another 20 years, we could count on Wino’s undying creative drive to keep us busy in the mean time. Rock ain’t dead yet.